The millionaire father of two brothers awaiting trial for murder has forked out close to $1 million to bikies in order to protect them in jail, it has been claimed.
Police sources say Gold Coast businessman Ken Lacy paid money to jailed members of the Finks and Bandidos bikie gangs to protect his two sons Jade and Dionne, the Courier Mail reports.
Mr Lacey, who made millions from milk distribution, denied the claim, calling it "rubbish".
"My boys can look after themselves," Mr Lacey told the Mail.
A police source told the paper that the duo were being protected inside the maximum security Arthur Gorrie Correctional Centre, former home to high-profile criminals Brendan "The Postcard Bandit" Abbott and conman Peter Foster.
"The Lacey boys are young, slightly built and vulnerable — their high profiles make them prime targets for attack inside jail," the unnamed source told the Mail.
Jade, 24, and Dionne 20, were arrested 14 months ago and charged with the murder of Kevin Palmer who was allegedly shot by both brothers after a confrontation at a Nerang townhouse last year.
They've also been charged with attempted murder after allegedly forcing a teenager to dig his own grave at gunpoint.
Mr Lacey originally began selling off his various multi-million dollar Gold Coast properties to fund the fledgling rap career of Jade, aka Lace Italiano, but now that money is being funnelled into a high-profile legal team including celebrity lawyer Chris Nyst.

It is a real pity that this element of TRASH exist in our society. What is more disturbing, is NOT the fact that they kill innocent people, BUT that the LAW does NOTHING to protect the people.
Posted by AuCorp at 11:06 AM No comments: 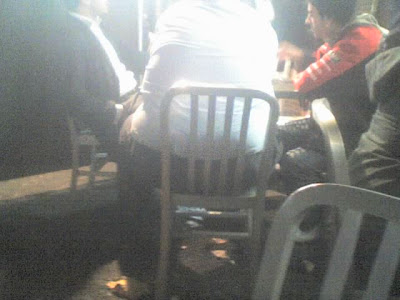 The current media hype is about the state of the nations health. Many reports surface about how obese Australians are. Some reports may show that Australia has the world's most obese women (per capita).

Obesity may be more predominant in the lower socio-economic ranges of society. This could hold true for lack of education or for pure financial reasons, as 'junk' food is relatively cheap.

For whatever reasons, maybe shopping centres should supply "B Double" chairs or extra "WIDE LOAD" signs on the back, as an unsuspecting pedestrian could accidentally catch the side of that ass and fall over and cause a considerable amount of damage.

Posted by AuCorp at 4:09 PM No comments: 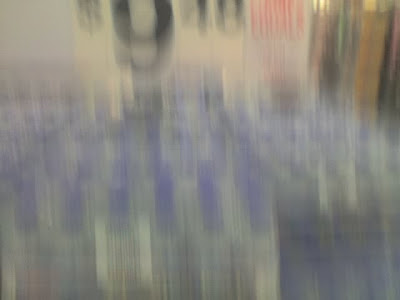 The sale of Water is one of the highest profit making areas of our time.
It is kept in the hands of few Corporate Giants.

Many companies have been exposed as selling so called 'spring' water, only to be examined under the microscope as not what the claims are.

Posted by AuCorp at 3:56 PM No comments: 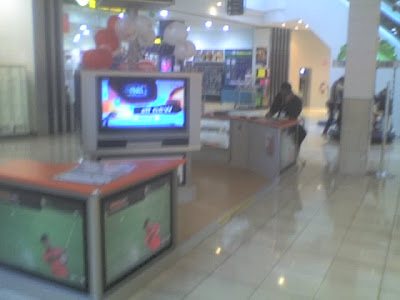 Mention the word Globalisation, and the ca$h regi$ter $$$ fill the eyes of governments and Corporates alike.

It is through this magical term that labour hire figures reach lower and lower proportions, making the corporates $mile all the way to the bank.

Officially $lave labour was abolished some time ago in America, and as a result the negro population was set 'free'. But they still had to earn a living so they went back to the financier controlled farms, but this time they had to pay for their housing, food, etc.

In todays society the principles are still followed VERY closely, BUT under the banner of 'refugee' status. Australia imports an unsustainable amount of 'refugees', which at the end of the day, are individuals from a low socio-economic background, who ultimately degrade our society.

When one walks into a Foxtel call centre in AUSTRALIA, one can be excused for thinking that one is geographically in Calcutta. The high amount of foreign workers LOWERS the standard, and consequently the SALARY, which is beneficial for Foxtel.

One would quite easily feel discriminated against, for not gaining employment.

Foxtel does not release official figures, but the staff turnaround is approximately 30%. Staff morale is very low and it's generally regarded as the cesspool of employment.

An alleged drink driver was pulled from his burning car in the middle of Sydney’s CBD today — and was then filmed walking away from the scene.

The man, in his early 20s, lost control of a Peugeot travelling along the Fig Street ramp in the city at about 11.35am today.

A passing motorist came to the rescue and pulled the driver from the car, which had burst into flames, police said.

Police and fire crews arrived at the scene and found the driver laying down on the pavement and suffering dizziness.

While the officer returned to his car to retrieve his safety vest, the driver was seen walking away from the scene with two companions before he was chased up and ordered to return.

The driver booed the news crew, giving them a thumbs down sign as they filmed his arrest.

The man was taken to a local police station in the back of the police van where he was charged with drink driving and bailed to appear at the Downing Centre Local Court on July 28.

Pity Australia allows RETARDS to drive on our streets, endangering the lives of others. If there was a genetic screening method to ABORT the BIRTH of such individuals then Earth would be a place in Heaven. No need for the DARWIN AWARDS here, yet !!