The Australian Government is well known for creating jobs in 'money for mates' scams, for example in politics (Barnaby Joyce's high price (to the taxpayer) whore) or high dollar falsified tenders (NBN, anyone?) or at a state level Tennix, Transurban, etc.

The government falsifies jobless figures, as this statictic is used for economic purposes.

No doubt the serf population would have heard that the Australian Government will do this or that in order to boost or create jobs, but these claims could be an erroneous at the best of times.

See how the government falsely claims the creation of new jobs as a result of a penalty rate cut in the following article from The Age newspaper from the 26th of April 2019: 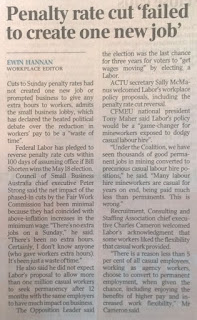 The corporation aggregate known as the Australian Government is illegal


From the video below:

In 2004 Ian Henke wins a court case in England that the Australian Government is 'illegal'.

In 2011 Ian Henke is incarcerated in Brisbane for tax fraud.

The Tax commissioner has stated that:

"... if you are participating in illegal schemes using overseas tax secrecy jurisdictions, it's only a matter of time before we find you..."

Some 'minorities' are allowed to get away with fraud.

Do you know of any politicians that are using tax havens to invest their ill gotten gains?

From the inception of this colony, the general population are seen as a threat to those in authority and  therefore treated as such, i.e. enemies of the state.

The people being the enemy of those in government is not a new concept or even remotely a 'conspiracy theory' but rather a fact throughout the ages, which is documented by scholars like Noam Chomsky.

Irrespective of Australia being an island or continent, or allegedly unmanned land mass before the colonialist's arrival, it is a colony where those in government have the serfs sorted out into blind subservience within a totalitarian government, corporatocracy, fascist régime, police state or (hidden) dictatorship (depending on one's point of view).

As other scholars and Chomsky point out, governments use the lastest technology available to them (which differs from the technology given to the masses / 'consumers') to be used against the people.

While the Black Mirror episode Nosedive may be a fictional description of events, its idea or implemention is a reality in China and also the colony called Australia.

Note that Australia has implemented various forms of 'social control', which may not be that obvious to the average 'Joe'.

See article from 30 Apr 2019 by Real News Australia of the headline: 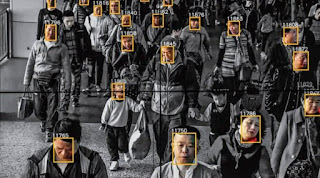 Australia is preparing to debut its version of the Chinese regime’s high-tech system for monitoring and controlling its citizens. The launch, to take place in the northern city of Darwin, will include systems to monitor people’s activity via their cell phones.

The new system is based on monitoring programs in Shenzhen, China, where the Chinese Communist Party (CCP) is testing its Social Credit System. Officials on the Darwin council traveled to Shenzhen, according to NT News, to “have a chance to see exactly how their Smart Technology works prior to being fully rolled out.”

In Darwin, they’ve already constructed “poles, fitted with speakers, cameras and Wi-Fi,” according to NT News, to monitor people, their movements around the city, the websites they visit, and what apps they use. The monitoring will be done mainly by artificial intelligence, but will alert authorities based on set triggers.

Just as in China, the surveillance system is being branded as a “smart city” program, and while Australian officials claim its operations are benign, they’ve announced it functions to monitor cell phone activity and “virtual fences” that will trigger alerts if people cross them.

“We’ll be getting sent an alarm saying, ‘There’s a person in this area that you’ve put a virtual fence around.’ … Boom, an alert goes out to whatever authority, whether it’s us or police to say ‘look at camera five,’” said Josh Sattler, the Darwin council’s general manager for innovation, growth, and development services, according to NT News.

The nature of the “virtual fences” and what type of activity will sound an alarm still isn’t being made clear.

The system is being promoted as mostly benign. Sattler said it will tell the government “where people are using Wi-Fi, what they’re using Wi-Fi for, are they watching YouTube, etc. All these bits of information we can share with businesses. … We can let businesses know, ‘Hey, 80 percent of people actually use Instagram within this area of the city, between these hours.’”

The CCP’s smart city Social Credit System is able to monitor each person in the society, tracking every element of their lives—including their friends, online purchases, daily behavior, and other information—and assigns each person a citizen score that determines their level of freedom in society.

The tool is a core piece of the CCP’s programs to monitor and persecute dissidents, including religious believers and people who oppose the ruling communist system.

“The CCP is now taking the first step to build such a high-tech totalitarian system, by using credit ratings and monitoring and recording every detail in people’s daily life, which is very frightening.”

The regime also isn’t interested in keeping the technology within its own borders. It’s exporting the system, and its “China model” of totalitarian government, as a service of its “One Belt, One Road” program. When the CCP builds its infrastructure abroad, its surveillance and social control programs are part of the package.

In Darwin, there has been a push to jump aboard the CCP’s program. The local officials made a “friendship” deal with Yuexiu District, in Guangzhou, China, in 2018. According to John Garrick, a senior lecturer at Charles Darwin University, the deal was branded by Chinese media as “part of President Xi Jinping’s signature Belt and Road Initiative.”

That followed a previous deal between Darwin and the CCP, in which the city signed a 99-year lease of the Port of Darwin to a Chinese company and the CCP. The Chinese owner, Ye Cheng, had referred to the deal as being part of One Belt, One Road.

The deals also should raise concern for U.S. Marines stationed in Darwin, under the Obama-era pivot to the Pacific, about whether the CCP is able to monitor data collected on cell phones from its systems in the area. Under a 2011 deal between the United States and Australia, the U.S. troops will be there until 2040.

And of similar concern, the decision of Australia to begin implementing the CCP’s programs for totalitarian social control represents a major development in the CCP’s China model push.

As The Epoch Times has reported, the CCP views Australia as a testing ground for programs it wants to spread to the West. After Australia comes Canada, then the United States—in an apparent imitation of Mao Zedong’s strategy to “surround the cities with the countryside.”

Posted by AuCorp at 8:46 AM No comments: 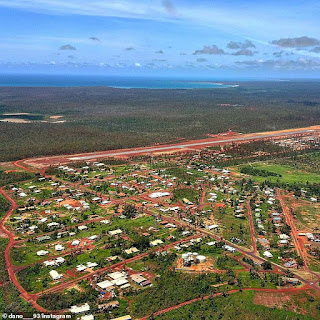 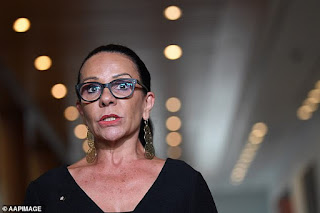 The ABC reported earlier this month on claims of safety breaches by a West Australian provider, while the scheme has also been slammed because participants are forced to work more hours than non-remote job-seekers.
Posted by AuCorp at 1:05 PM No comments: