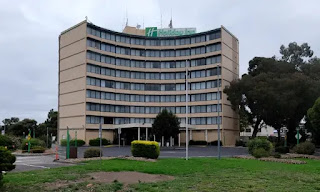 The mainstream media’s so called ‘journalists’ have gone on a propaganda spree totally omitting the root cause of the so called problem, ALL Victorians are facing as of Friday the 12th of Feb 23:59.

The government of Victoria is in charge of the so called hotel ‘quarantine’ where allegedly the (UK) virus has escaped from an area the people in government are in charge of.

Quite simply put this means that the people in government are responsible for the failure to contain the virus within the boundaries of the Holiday Inn, Tullamarine Airport.

The people in government are responsible for the alleged UK strain entering Australia.

As usual where ANY ‘failure of government’ occurs the people pay the penalty.

So how does the government ascertain that someone has the virus?

With something called a PCR test.

BUT there is an issue with that.

See video of the title The Truth About PCR Tests by Dr. Sam Bailey:

Victorians are locked down, meanwhile the tennis continues.

Victoria, allegedly the 'Gold Standard' but for who?