Refugee intake should increase by 50 per cent, Immigration Minister says 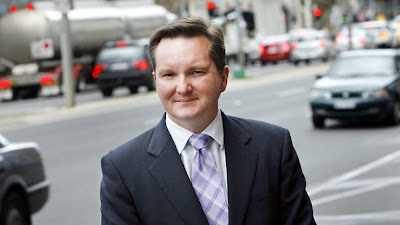 UPDATE 11.07am: THE Opposition says a proposal by Immigration Minister Chris Bowen to increase the refugee intake by 50 per cent would cost the government $1.35 billion over four years.

Mr Bowen will propose at the Labor Party's national conference this weekend to increase Australia's resettlement of refugees from 13,750 to 20,000.

"I have had the view for some time that we could and should take more refugees," Mr Bowen told ABC Radio.

"It's an aspiration ... there's no timeline that I'm putting on it," he said.

"I just think it's very important that the Labor platform, which is after all a statement of broad objectives, has that objective in it for the first time."

"He wants to do this deal with the Labor left to get support for his already failed Malaysian people swap."

Mr Morrison said the government was capitulating to the Greens.

"More and more people are getting on each individual boat at the moment, which is increasing the risk for those people...

"This minister has simply lost control."

"(And) it's the policy of distraction," she told Sky News.

"It's something they said they were going to fix, they haven't fixed it, now they're looking to the next issue."

Mr Bowen said Australia's refugees intake was the highest per person of any country in the world.

"But that doesn't mean I don't think we can do more still," he said.

He said his proposal would make it clear that Labor's view was to take more refugees.

"We want to give more people a life in Australia but we need to tackle the dangerous boats coming to Australia," Mr Bowen said.

"Then we can have that conversation with the people of Australia to increase our refugee intake further."

Mr Bowen said the offshore processing of refugees had to be one of several measures to reduce the number of people jumping onto boats heading to Australia.

"Just increasing your refugee intake is not a deterrent to getting on a boat to come to Australia, but if it is part of a broader mix, which included offshore processing, that would be important," he said.

Labor abandoned a plan to put its bill to allow offshore processing of asylum seekers in Malaysia to a vote in October after it could not guarantee its passage through parliament.

What a joke at the expense of the Australian population.

Just another government policy to degrade the labour force value in Australia, to the financial advantage of the financiers.

An absolute moron ( rather a puppet for the order of the new world) for having these views in this economic climate.

By Dan Goodin in San Francisco • Get more from this author

An Android app developer has published what he says is conclusive proof that millions of smartphones are secretly monitoring the key presses, geographic locations, and received messages of its users.

In a YouTube video posted on Monday, Trevor Eckhart showed how software from a Silicon Valley company known as Carrier IQ recorded in real time the keys he pressed into a stock EVO handset, which he had reset to factory settings just prior to the demonstration. Using a packet sniffer while his device was in airplane mode, he demonstrated how each numeric tap and every received text message is logged by the software.

Ironically, he says, the Carrier IQ software recorded the “hello world” dispatch even before it was displayed on his handset.

Eckhart then connected the device to a Wi-Fi network and pointed his browser at Google. Even though he denied the search giant's request that he share his physical location, the Carrier IQ software recorded it. The secret app then recorded the precise input of his search query – again, “hello world” – even though he typed it into a page that uses the SSL, or secure sockets layer, protocol to encrypt data sent between the device and the servers.

“We can see that Carrier IQ is querying these strings over my wireless network [with] no 3G connectivity and it is reading HTTPS,” the 25-year-old Eckhart says.

The video was posted four days after Carrier IQ withdrew legal threats against Eckhart for calling its software a “rootkit.” The Connecticut-based programmer said the characterization is accurate because the software is designed to obscure its presence by bypassing typical operating-system functions.

“Our technology is not real time,” he said at the time. "It's not constantly reporting back. It's gathering information up and is usually transmitted in small doses.”

Coward went on to say that Carrier IQ was a diagnostic tool designed to give network carriers and device manufacturers detailed information about the causes of dropped calls and other performance issues.

Eckhart said he chose the HTC phone purely for demonstration purposes. Blackberrys, other Android-powered handsets, and smartphones from Nokia contain the same snooping software, he claims.

The 17-minute video concluded with questions, including: “Why does SMSNotify get called and show to be dispatching text messages to [Carrier IQ]?” and “Why is my browser data being read, especially HTTPS on my Wi-Fi?”

The Register has put the same questions to Carrier IQ, and will update this post if the company responds. ®

More than 19 hours after this post was first published, Carrier IQ representatives have yet to respond to a request for comment. Meanwhile, computer scientists have uncovered anunrelated Android glitch that could also invade smartphone users' privacy.

Another example how corporations are getting away with 'hacking', theft of information, and various other breaches of privacy.

No action is ever taken against these global giants in the age of Information Terrorism.

A former Tasmanian MP has dodged an immediate jail term after being found guilty of having sex with a 12-year-old.

Terry Martin, 54, was last week found guilty of unlawful sexual intercourse with a person under 17 and of producing child exploitation material.

Martin, a former MLC and Glenorchy mayor, responded to an advertisement for adult sexual services in 2009 placed by the girl's mother and a pimp.

He paid the girl $600 to perform sex acts and also photographed them.

Martin denied the charges on the grounds that he thought the girl was 18.

Another timeless example of how the government supports child abuse, especially if the perpetrator is one of their own.

Excuses are given so that the 'mates' are not incarcerated.

Judges that make these seemingly 'poor' decisions should be remove from their positions, but by whom, other corrupt judges?

Rarely do government officials end up incarcerated for the same crimes the masses get convicted and imprisoned for.

Another example of how these people are above the law. 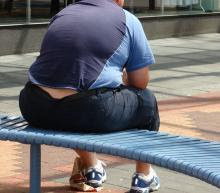 AN eight-year-old American boy, who weighs more than 90kg, has been taken from his family and placed into foster care after social workers said his mother wasn't doing enough to control his weight.

The Plain Dealer newspaper reports the Cleveland boy is considered severely obese and at risk from such diseases as diabetes and hypertension.

The case is the first state officials can recall of a child being put in foster care strictly for a weight-related issue.

Lawyers for the mother say the county overreacted when authorities took the boy last week, saying the medical problems he's at risk of developing don't yet pose an imminent danger.

Child abuse can occur in many forms, some of which are more clearer than others.

Apart from the more obvious abuse for egample physical or sexual, emotional abuse through bad parenting is also child abuse

Parents, society and the law have taken far too long to recognise that child obesity is actually child abuse.