Here is another example of how the people in government protect criminals and not their victims; 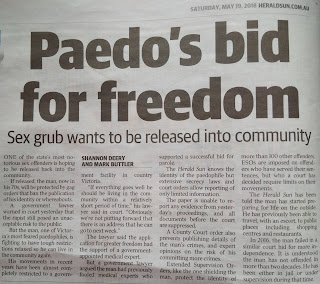 Will you hold the County Court (of Victoria) judge responsible if the paedophile rapes your daughter?

Here is an accurate photo as shown by the Fairfax publication: 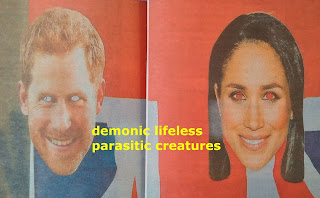 and here is one for the herd population from the Rupert Murdoch media empire: 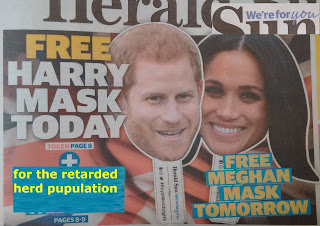 Posted by AuCorp at 9:28 PM No comments:

EVERYONE should love case law and precedence law.

Victims of crime in Australia often say there is no justice, where they are technically correct, as there are 'only' court orders.

The message sent out in County Court's judge Barbara Cotterell is that Victorians can abuse Ambulance workers and get away with it.

If you get caught abusing ambulance officers, you can use 'case law' (from Victoria's County Court) that Barbara Cotterell's views are that you can abuse them.

Why not ask for her by name in your assault charges, while you're at it. 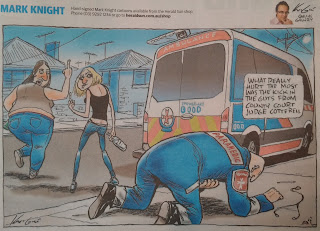 P.S. The system is not 'broken' but functioning exactly the way Cotterell orders it to.

But tread carefully, as if you do not pay your unlawfully issued fine you just might go to prison.

and this is how they do it,

from the article from 4 May 2018 by torproject.org of the headline:

Domain Fronting Is Critical to the Open Web 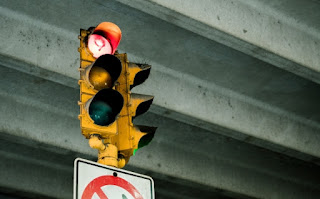 In the past few weeks, Amazon and Google have both announced they’re pulling the plug on domain fronting, a crucial tool which helps our most vulnerable users get access to Tor when their countries don’t allow it. Users of Signal and Telegram are also affected by this block, and Access Now identified approximately a dozen “human rights-enabling technologies” which had relied on Google for this purpose.

Tor Browser protects against tracking, surveillance, and censorship, but not everyone around the world has the luxury to connect to use it. By default, Tor Browser makes all of its users look alike. However, it doesn't hide the fact you're connecting to Tor, an open network where anyone can get the list of relays. This network transparency has many benefits, but also has a downside: repressive governments and authorities can simply get the list of Tor relays and block them.
We strongly oppose this censorship and believe everyone should have access to information on the open web. That’s why we developed pluggable transports to bypass censorship and connect to the Tor network. Watch this video to learn more about pluggable transports.

Google and Amazon have both shut down domain fronting, making meek no longer usable over those CDNs. As of this writing, Microsoft’s Azure cloud still seems to be working with meek.

For the time being, we are shifting to Microsoft’s Azure cloud. But we’ve heard that option will soon be shut down, as well.

Unfortunately, it doesn’t look like there is a fast fix. We were not given advance notice of these changes, so we are thinking hard on potential solutions to ensure our friends living in repressive regimes around the world can continue to access the open web.

The lies of the British government to its people re: EU Integration 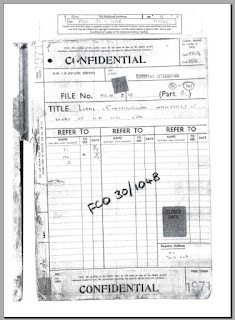 See how the British government lied to its people with regards to the European Union integration within the CONFIDENTIAL document (202MB, 224 pages):

As Google steals your data Australia's 'watchdog' does nothing?

To some people it may seem that the 'authority' in this colony is in the wrong place, but we say it's 'deliberate by design'.

When it comes to the plebs being screwed over by the corporations, the people in government are slow to act or apparently have no authority.

But, when it comes to the example in Victoria where the (alleged) sheriff  Mr. Brendan Facey or his deputies run around the state (with no authority) confiscating people's possessions or even taking away their livelihood they do it by force, intimidation and fear with the help of Victoria Police.


Too many times the Australian consumer watchdog the ACCC has been accused of having no teeth, no bite, or whatever other analogy you'd like to use to describe a 'useless eater' canine.

In this case once again the good people of Australia are being screwed over with  the 'common law' crime of theft by a global tech giant called Google and the Australian 'authorities' (in this case the ACCC) have been doing nothing about it for quite some time.

What will they do now, that the 'cat's out of the bag'?

We do not recommend the purchase or use of Android products.

How to cheat Centrelink and not go to prison 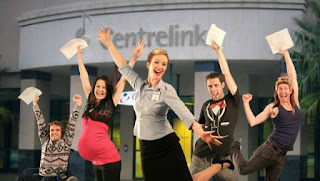 So many different messages from the plethora of government businesses.

In Victoria if you do not pay your fines you could go to gaol.

In Queensland if you do not pay your fines the amount will be taken from your bank account if you are payed by Centrelink.

In any event, it does not matter which walk of life you come from,

- Whether you're up the duff, or
- A (real) Aussie bogan pretending to be a barrister (bogan wins on knowing where you're at),

you too can cheat Centrelink and not be imprisoned.

Did you also know that Centrelink advertises that they are exempt from most subpoenas?

How very evasive of law that is!

So, how does one cheat the very profitable business called Centrelink?

Well, quite simply by using the law, the law of probability that is.

You see according to some report the probability of a Centrelink fraudster not going to gaol is 0.70.
(https://www.msn.com/en-au/news/australia/hundreds-of-thousands-of-australians-are-set-to-lose-their-centrelink-benefits-because-they-havent-paid-their-fines/ar-AAx2DSG?ocid=spartanntp)

If you want to raise your probability of not going to gaol for committing fraud, then you may want to  become an Australian politician.

(Disclaimer: This post should not be read by any person.)

Ever since governance began from the colonialists of Australia, there has been 'misbehaviour' from those people who govern the general population.

This misbehaviour was so great that the imperial government had enough and installed the Colonial Laws Validity Act in 1865.

From that point onward every single (state) law must be checked against the 'Constitution' (the Act from 1900 mentioned above).

The people in government 'advertise' Australia as the 'lucky country' but reality is a bit more sinister, where to be optimistic and not scare the little children the country is one big fat lie or rather a 'contradiction'.

Since Queensland is in the spotlight in this post, let's start with the birthday of its namesake.

The people in the Australian government tell the general population in Queensland to celebrate Her Majesty's birthday in 2018 on the first day of October.

The people in the Australian government tell the general population in Western Australia to celebrate Her Majesty's birthday in 2018 on the twenty-fourth  day of September.

So, in Australia Her Majesty's birthday is a different date every year and not her real birth date that being the 21st of April (1926).

Don't forget the Australian Government has a good excuse to lie to its population.

Every single state in Australia has its own legal 'quirks' (read actions that enforce unlawfully enacted laws).

In Queensland the people in the state government demolished the upper house (Queensland Legislative Council).

As mentioned above, in order for ANY Act to become lawfully enacted it must be checked against the 'Constitution'.

At a point in time the people in Queensland's government had an idea to take the upper house out of the law making process , with the implementation of the Constitution Act Amendment Act 1921, where His Majesty's Assent was allegedly proclaimed on the 23rd of March 1922. 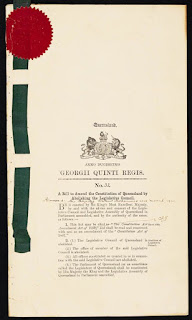 A scan of the document in your answer will suffice.

Are ALL the laws since 1922 really valid in Queensland?
(not all words / pictures in this post may be factual)

Posted by AuCorp at 1:18 PM No comments:

Australian Government want you to work for them for free

SO, let's get a couple of things out of the way;

1). People should comprehend that the television is quite simply an advertising medium, where in between entertainment programming, a show case of products is shown for people to purchase, i.e. to commit to an action in commerce,  and not a 'public service announcement' message board, where that would be better left to SMS alerts from the president or official warning bureau. 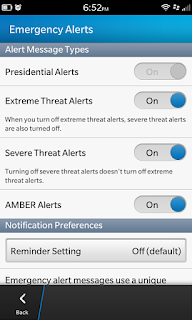 2). If it's 'advertised' on (Australian) television you should  know / feel / comprehend it's dodgy.

Current spate of television commercials include messages from all the junk food giants for you to purchase their carcinogenic products.

Surely that's not 'good' for you is it?

At other times of the day the air waves are littered with messages for you to purchase life insurance from some dodgy company whose first goal is not to pay your 'loved ones' out, due to some microscopically written clause or some terms and conditions that you may have allegedly agreed to 'online' where you have no access to this thing called 'online'.

For some time now, the corporation conglomerate known as the Australian Government is in the business of recruiting Australian's to do the job of its Department of Home Affairs for zero cost to the department, i.e. for 'free'.

By 'dobbing' in / ratting out / lagging in on someone going about their 'private' affairs.

See the video contained within the link:
https://www.homeaffairs.gov.au/ContactUs/Pages/Television-30-second-advertisement.aspx

Australia's public education system has taught the children of the general population that 'dobbing' in someone is not very Australian, which stems back to the penal colony days of not giving information to the 'guvna' (governor).

Would you work for 'free' for an unlawful Australian Government business?

Would you work for a business where at a later date may take your imported item from you?

Posted by AuCorp at 9:44 AM No comments: