Is this person Victoria's greatest criminal? 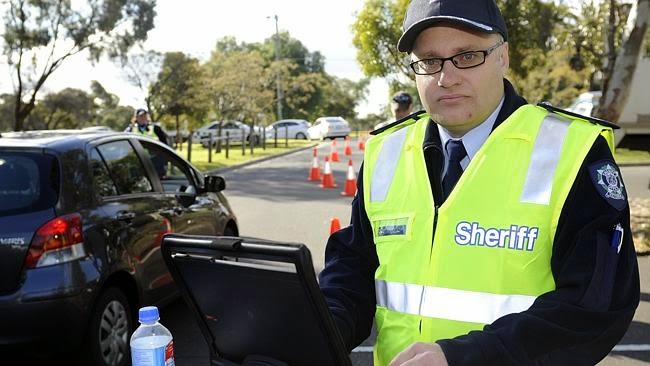 In Victoria, Australia there is a person by the name of Brendan Facey claiming to be a sheriff.

In order to become a sheriff, one must be appointed, lawfully with all the checks and balances in place, which will be put aside for the moment.

There are also other people working out of the ‘Sheriff’s Office’ in Victoria that claim to be sheriffs.

These people claiming to be sheriffs are actually glorified debt collectors and have no lawful authority as ‘sheriffs’ whatsoever.

A (Victorian) sheriff is supposed to be (lawfully) appointed by the Supreme Court of Victoria, and must function for the court exclusively.

Any letter to the prospective client will show that the letter from the “Sheriff’s Office” is addressed from 277 William St Melbourne, also the same place where Tenix Solutions and Civic Compliance Victoria (CCV) reside at. 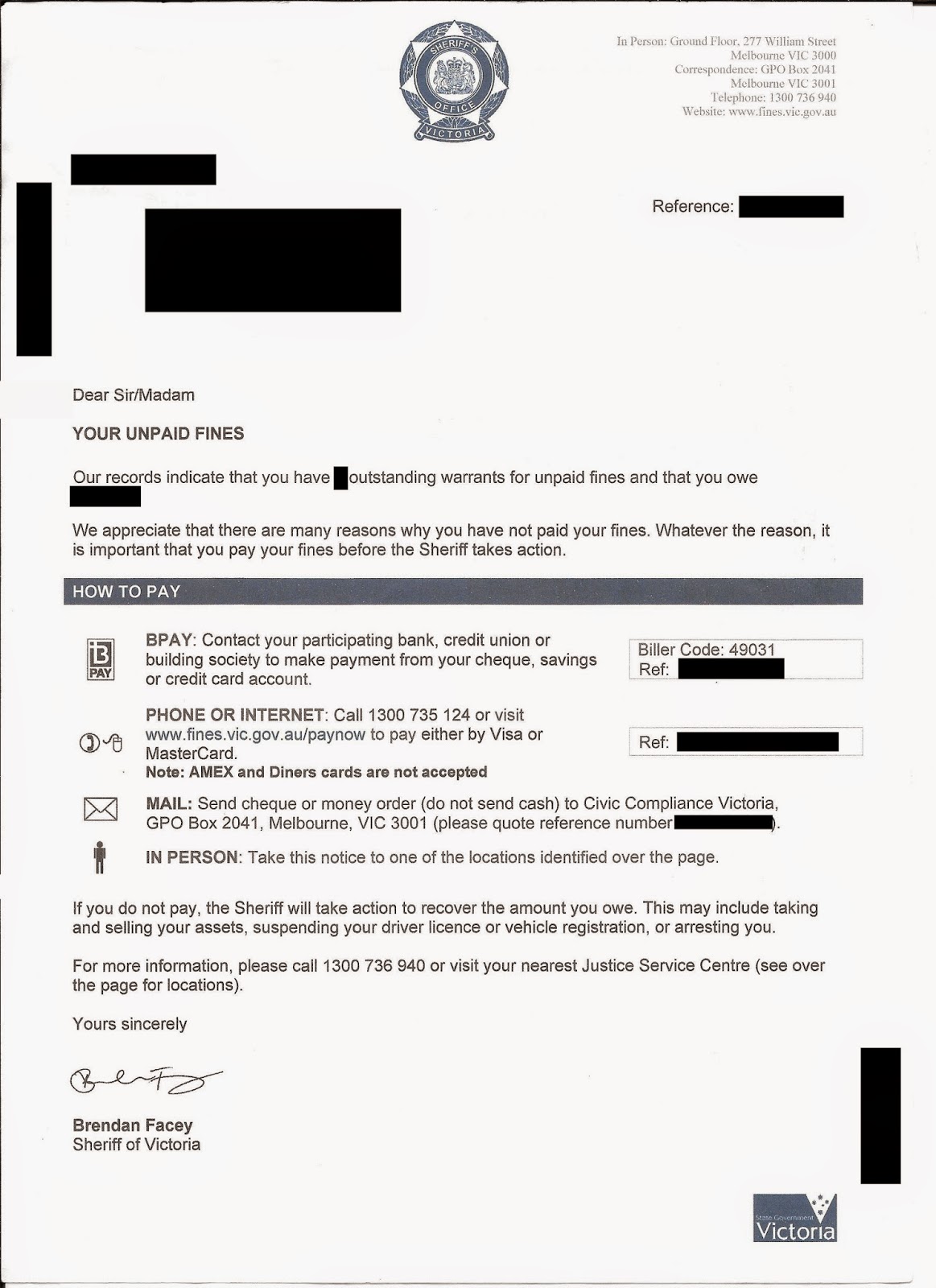 The apparent signatory at the bottom of the correspondence is Brendan Facey, where the actual signature is computer generated.

Brendan Facey is also an employee of the Department of Justice as a Director of “Infringement Management & Enforcement Services” GPO Box 123 Melbourne 3001, with the current street address of 40/80 Collins St. Melbourne, 3000.

This can be confirmed with any letter from the Department of Justice & Regulation, Infringement Management & Enforcement Services, where [he?] signs the document as a Director, (of) Infringement Management & Enforcement Services (totally different signature than from the ‘Sheriff’s Office’), contrary to his Supreme Court of Victoria appointment as a ‘sheriff’.

Once you ask any so called sheriff the lawfulness of their appointment, they refuse to comment.

If they are actually masquerading as officers of the crown (as indicated by the badge) and they are NOT lawfully sworn in, then they are committing a criminal offence.

Remind them of this next time you speak to a ‘sheriff'.

NB/. The actual validity of law in Victoria is put aside for the purpose of this article.