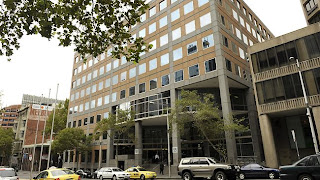 A CONVICTED criminal who was so drunk he cannot remember king-hitting a barman and putting him in hospital will be allowed to work with children despite a government department's opposition.

Even the tribunal that overturned the department's ban was shocked by the violence and described it as "grave".

The man, a country Victorian football volunteer coach who deals with juniors at the club and who works with apprentices, was jailed for eight months, with six months suspended.

The man was drunk when he entered a hotel and had an argument with his wife, including some pushing and shoving, but the barman who intervened was the one who took the worst blow in the 2009 assault.

The man, who cannot be named for legal reasons, raised both fists then clubbed the barman on both sides of his head, according to a recent Victorian Civil and Administrative Tribunal judgment.

The man, known as TGN, punched him in the face, knocking him to the floor, then struck him a further three times, tribunal deputy president Bernadette Steele said.

The victim who was at least 14 years younger than the then 34-year-old had surgery to insert two titanium plates permanently in his broken jaw, Ms Steele said.

"I was inclined to consider the offence was so violent and unprovoked that (they) could not be a suitable person to work with children."

But Ms Steele said witnesses had testified TGN was good with children and he regarded himself as a role model at the football club.

"He said he considered that nothing could justify his actions that night, that he had let down his community," she said.

"He wanted to continue with his work with the club as a way of repaying the community.

"(The father of two is) a mature and hard-working person anxious to provide leadership in his community."

Ms Steele ordered the Department of Justice to overturn its refusal to grant TGN a certificate to work with children. 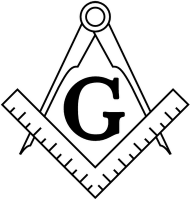 One of the major influences in law / politics / business is that of the influence of the the brotherhood of the Freemasons.

What may seem a 'puzzle' to some is very clear to others.

The judgment of many cases is already predetermined at the Lodge level, but when in the public view it seems illogical that some of the decisions have been handled in the manner they have been.

Corpau has information relating to conversations preceding court judgments that say to the participant, that they will 'win' the matter if they were to inducted into the brotherhood.

Corpau has Police documents that show that Police provide false statements with regards to matters, and the court system supports their claims without any punishment, but rather cautions them, for perverting the cause of justice, instead of incarceration as is done to the masses

The court system is corrupt in Australia, but this is not brought out into the open by the government sanctioned mass media.