THE Herald Sun has won a ground-breaking political secrecy case against the State Government that could have implications for the public's right to know government information.

In a landmark case, the Court of Appeal upheld a VCAT decision that might now enable the Herald Sun and other media organisations access to documents the Government had refused to release under Freedom of Information laws. 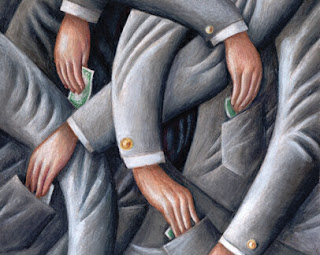 The ruling could allow access to a wide range of documents under the control of government advisers that had previously been out of reach of FOI laws.

The unanimous finding by Justices Pamela Tate, Simon Whelan and Stephen Kaye ruled that a diary held by a former chief of staff to the premier was an official document that fell within the scope of FOI laws.
The ruling should make it easier for journalists, members of the public, academics and opposition MPs to scrutinise information the Government has kept secret.

"For too long, governments of all persuasions have sought to limit public access to government information and have behaved in ways that are counter to the spirit of Freedom of Information laws," he said.

"This ruling pushes the boundaries back out and shows that the courts take the public's right to know seriously, as the Government should."

The Herald Sun had sought access under FOI laws to the diary of Michael Kapel, formerly chief of staff to Ted Baillieu.

The legal dispute has been running since 2011 - during which time all major players have departed, including Mr Baillieu, who resigned after losing the support of his party due to the secret tapes affair revealed by the Herald Sun last month.

The Herald Sun had sought access to Mr Kapel's diary to see who he was meeting, after revelations he held a secret meeting with former deputy police commissioner Sir Ken Jones at the height of the police leadership crisis, which ultimately led to the secret tapes affair and the downfall of Mr Baillieu.

He was sacked last month, another victim of the secret tapes affair.

Mr Coulson refused access to the diary on the basis that it was not "an official document of a minister".

But the decision ruled that most documents held by advisers were subject to FOI laws if the minister could call upon them at any time.

As a result of the decision, the Office of the Premier will now have to process the Herald Sun's original request.

A (global) policy is for the entire population to be transparent, whereas the corporations that rule over the masses are to contain information, policies, procedures and political information under lock and key.

Since fraud and corruption in government hands costs the Australian general population literally billions annually, the government will go to great lengths to protect the information that contains the fraudulent deals.

Anyone exposing information or hidden policies will be met (at a later date) with consequences.