Residents in Melbourne's eastern suburbs are angry after a council decision to block fast-food giant McDonald's from moving into the neighbourhood was overturned by the state's planning tribunal. 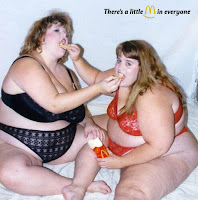 Locals in Camberwell and Hartwell say the new restaurant, to be built on the site of a former service station and to include a car park and a service station, is inappropriate for the area. The site, on the corner of Toorak and Highfield roads, backs onto units.

Despite locals objecting to the development, the Victorian Civil and Administrative Tribunal deemed that the new complex would enhance the streetscape.

Catriona McCraw, a local resident who was party to the proceeding, said the site in question was inappropriate for a McDonald's or any fast-food outlet because of how close it is to the nearby Hartwell Primary School.

“Whatever type of fast-food outlet it is, most fast-food outlets don't have the types of healthy foods that we're trying to encourage our children to usually eat,” she said.

McDonald's has had a rocky reception in some Melbourne communities over the past year.

In Seaford and Tecoma, residents have rallied to keep McDonald's out of their communities with local councils rejecting advances from McDonald's.

In Tecoma, Yarra Ranges Council rejected a McDonald's restaurant, but lost on appeal.

In Seaford, McDonald's decided not to appeal Frankston Council's rejection of a Nepean Highway site but McDonald's are now looking at other locations nearby.

And, in Malvern East, a bid to have the existing restaurant trade around the clock was rejected because it could interfere with neighbours' sleep.

As in other cases, Ms McCraw said the Toorak and Highfield roads location was not the right site for a fast food outlet. She is concerned about flow-on effects in the area.

"[The] 24-hour aspect is a major concern and certainly one we were surprised that the chairman approved," she said.

"He has not given any consideration, we believe, to the large number of community residents ... who presented their objections. We feel we have been let down and ignored."

Ms McCraw believes the development is inappropriate for the area. She said there was a potential for the "wonderful parks just up Highfield Road" to attract loiterers.

Ms McCraw said that the intersection of Highfield and Toorak roads was extremely busy and dangerous, which posed safety issues for children and young pedestrians.

She said she hoped that the Boroondara Council, which initially rejected the development, will appeal VCAT's decision to the Supreme Court. She has written to federal member for Kooyong, Josh Frydenberg, who has referred her letter to Planning Minister Matthew Guy.

In an outcome that is likely to further disappoint locals, Boroondara’s City Planning Director John Luppino said the decision could not be taken to the Supreme Court.“VCAT decisions are generally final,’’ he said.

‘‘An appeal can only be lodged to the Supreme Court on the basis that the tribunal erred in a point of law … While council is disappointed with VCAT’s decision, in this case there were no appealable points of law in the decision.”

Corporations literally run the Australian government, and the people within government.

There are various ties to heads of government and their business colleagues, the strongest one being that of  the Anglo-Masonic brotherhood.

Corporations function with government personnel in unison to the detriment of the general population.

McDonald's is widely accepted as 'junk food' i.e. NOT healthy for consumption, and also the staple food for the lower class of society.

McDonald's should be shut down under Occupational Health and Safety laws, as the products it sells are carcinogenic.