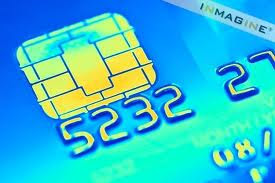 The credit card has been around in its modern form from approx the 1950’s, with its beginnings described in 1887 in an Utopian novel by Edward Bellamy.

In the 1920’s Western Union issued charge cards to it’s owners, and there were various other cards available to owners for specific purposes.

It was not until the 1950’s and 60’s when the birth of names such as American Express, Visa and Mastercard, is when the real money started to exchange hands.

Credit Card skimmers have been around for a while now, where electronic equipment is used in order to read the magnetic strip on the card. In order to protect themselves banks have resorted to also using microchips in cards as an added safety feature.

Many banks, eg. Mastercard and Visa have been using this technology since its commercial availability in 1994, but NOT so in Australia.

Security in Australia regarding this matter is deliberately lax. Criminals have figured this out a lonf time ago, and many have moved their operations to Australia.

At a McDonald’s outlet in Perth, the NCR card readers have been tampered with, and the card details have been taken (method known to corpau, but NOT disclosed for obvious reasons), and approximately 6,000 card holders have had monies stolen from their accounts. This crime ring was headed by Romanians.

Banks do not wear the cost of this fraud, but rather this is made up by higher bank fees to customers and other various methods employed to regain the profits lost. In the end it's the customers that are being ripped off.

The real extent of Credit Card Fraud is played down by the mass media, in order for the masses NOT to panic, and NOT ask too many questions.

Australia offers one of the easiest ways to commit bank fraud. 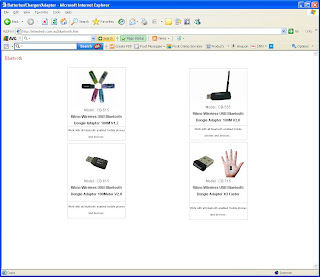 Some I.T companies claim to have products that do something, whilst they clearly do not.

Some I.T. companies hide in their 1050 page EULA, that they have the right to 'spy' on you 'anonymously', gathering all your moves.

A company registered in Australia as ritmotech.com.au have technology products available to the masses.

One of the products in their line is a Bluetooth dongle model CB-555.

In the illustration the dongle has an antenna, and an apparent range of 100M.

Upon opening up of the above illustrated product, corpau has found that the so called antenna, is nothing more than a plastic gimmick. 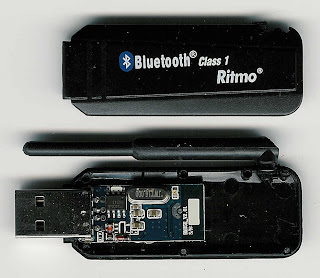 The antenna has NO physical connection to the main PCB, and never did.


Another product falsely presented to the masses, in order to con them into buying the ritmo product.

Misleading advertising in Australia is illegal, and ritmotech.com.au is practicing another form of fraud.

So how is the Australian Consumer Watchdog going to deal with this?

Posted by AuCorp at 1:08 PM No comments: 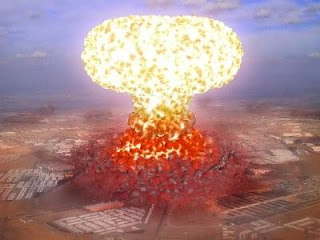 A Perth family has been plagued by serious illness and premature deaths for three generations, after inheriting damaged genes from a serviceman used as a human guinea pig for British nuclear tests in Australia more than half a century ago.

The children of late RAAF serviceman Bob Williamson are now one of 250 Australian families joining British veterans to sue the UK's Ministry of Defence for the devastating atomic experiments in the 1950s.

Their family has suffered cancers, tumours and illness across three generations, but they are not alone.

Bob Williamson was among thousands of soldiers unwittingly exposed to dangerous amounts of radiation when they took part in the testing in remote parts of Australia.

Then Prime Minister Robert Menzies gave Winston Churchill the go ahead to trial a total of 21 nuclear weapons on the country's soil.

The radioactive fallout poisoned land at places like Maralinga in South Australia and the Monte Bello islands in Western Australia.

The Australian soldiers taking part didn't stand a chance. Often wearing little more than shorts and shirts, they were simply told to turn their backs when the scientists detonated bombs.

Many of the servicemen began dying of horrific cancers, while others, like Bob, passed their damaged genes onto their children.

A 60 Minutes report airing tonight reveals how Bob's children, Susan, Ken and Jennifer continue to struggle with the devastating impact of the nuclear fallout.

Ken has had prostate cancer and melanoma and Susan has had three bouts of breast cancer.

But they were the lucky ones. They lost three siblings to cancers and tumours at a young age.

"Whether the government pay any compensation or not is irrelevant to me. I want them to stand up and say, this is what we did, sorry," Ken told the Nine Network's 60 Minutes.

"If they covered medical expenses and it wasn’t something that you had to sort of fork out every five minutes, yes, that would be good.

"At least they’re saying, you know, we’re able and quite willing to help you get through this."

As seen by the Anglo-Masonic Lords of England, Australia is a Penal Colonial Outpost with savages.

So during the nuclear tests Aussies were in close proximity AND told to look at the explosion.

Aussies the Canon Fodder for England.