RATEPAYERS would be told exactly how much they were paying councils for the carbon tax and other government charges under a move being considered by Melbourne Lord Mayor Robert Doyle.

Cr Doyle said yesterday that rate notices should include details of how much households were being slugged for charges outside the control of councils.
"I'm seriously considering taking those out as line items and reporting them to our ratepayers as exactly what they are, the imposts of federal and state governments," he said.
Costs such as the carbon tax and state landfill levy will help push rates up by around 6 per cent at several councils in 2012-13, according to recently released council draft budgets.
Hobsons Bay, Manningham and Monash have signalled rate hikes around 6 per cent, while Stonnington and Yarra are looking at a 4.5 per cent increase.

Cr Doyle said that the City of Melbourne would announce its rate rise later this week, with the cost of the carbon tax and other levies factored in.
"Whether it's the carbon tax, the environmental landfill levy, the fire services levy - from every direction people seem to be being whacked by higher charges from governments," he said.
City of Yarra mayor Geoff Barbour said listing all the taxes and charges on rate notices would be a stunt.
"You could have a rate notice that's considerably longer than what it would need to be otherwise," he said.
Cr Barbour said that Yarra had been transparent about the impact of the carbon tax on its budget and had put details in publicly-available documents.
Municipal Association of Victoria president Bill McArthur said that councils had to justify claims about specific cost increases or they could face prosecution by the federal consumer watchdog.
"It would be a crystal ball exercise to attribute carbon price costs on rate notices because they'll be sent out before many actual cost impacts are known by councils," he said.
Cr McArthur said that councils were struggling to keep rate increases down due to the impact of federal and state taxes and charges.


Government fraud is rampant amongst the top level of parliamment. The government does not wish to disclose many taxpayer funded details, as this implicates too many personnel.

The 'Carbon (dioxide) tax, is no different.

Money for mates is the name of the game here.

Posted by AuCorp at 6:43 PM No comments: 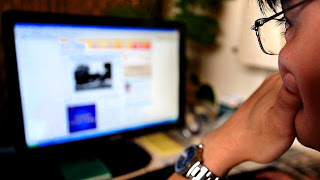 VICTORIA lacks good cooks, university lecturers, computer programmers and doctors and has recruited more than 10,000 foreigners to do the work.

A record 88,590 people are in Australia on business-sponsored 457 visas doing jobs Australians cannot do.
As Victoria faces an unemployment rate of 5.3 per cent, figures show 10,260 people were recruited to the state in the nine months to March.
The visas allow employers to recruit overseas for highly skilled jobs that pay more than $49,000 when they can't find Australians who can do the work.
In Victoria, information technology workers including developers and software programmers were in highest demand.
University lecturers, cooks, doctors, marketing specialists and accountants were also in short supply.
Most workers came from India and the UK, followed by Ireland, the US and China, with an average salary package of $90,000.
Australia-wide, 52,020 people were accepted in the past nine months and can apply for permanent residency once here.
NSW recruited the most (16,830), followed by mining powerhouse WA (11,990), where average salary packages were $105,200.
ACTU president Ged Kearney said more training and apprenticeships were needed for Australians, despite the argument that over-training in fields like construction would leave people jobless after the boom.
"Even so, it would give those kids a job right now," she said.
Ms Kearney said short-term labour should be used only to fill "bona fide skills shortages", but there was no proper research on where those gaps were.
The Federal Government has said it will make it easier for Americans to get short-term construction work to plug gaps.
And the Opposition said 457 visas were central to its immigration policy.


A clear example of government policy to lower the wages of Australia's workforce, with the full support of business and industry.

The clear markings of slave labour which the corporate media is reluctant to spell out clearly.

Posted by AuCorp at 6:37 PM No comments: