They lie that the courts are the "people's court".

They lie that there are 3 tiers of government, i.e. law making bodies, that being federal, state and now apparently 'local government'.

They were exposed in subverting the High Court of Australia by removing the U.K. Monarch.

Now they're on the assault on people exposing corruption in government under whatever pretext, where the courts are stacked against the serfs.


After raiding the home of a high-profile journalist, the Federal Police is now going after broadcaster Ben Fordham over his reporting. 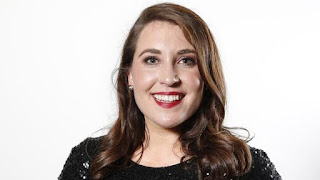 The 2GB Drive presenter and Sky News contributor revealed he was the subject of a probe over his story yesterday about six asylum seeker boats attempting to reach Australia.

An hour after his report went to air yesterday, his producer was contacted by an official from the Department of Home Affairs to advise the material was “highly confidential”.

“In other words, we weren’t supposed to know it,” Fordham told listeners today.

“We were told Home Affairs would investigate the disclosure and they would like me to assist that investigation.”

He was contacted again last night by “senior officials” and again this morning, when he was told Home Affairs had initiated an investigation that could lead to an AFP criminal investigation. 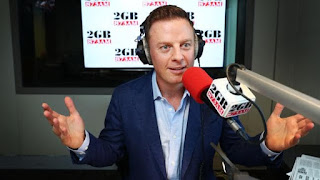 The revelation came as Fordham spoke about the raid today on the Canberra home of Smethurst, the Walkley Award-winning political editor of News Corp Australia’s Sunday titles, including The Sunday Telegraph.

“The timing of this raid is interesting to me because only yesterday afternoon I found out I was potentially facing a similar raid,” Fordham said.

While he was told that he wasn’t the subject of potential charges, Home Affairs wanted him to assist in identifying his source.

“It was explained to me that only a limited number of people had access to the information we broadcast,” he said.

“The chances of me revealing my sources is zero. Not today, not tomorrow, next week or next month. There is not a hope in hell of that happening.” 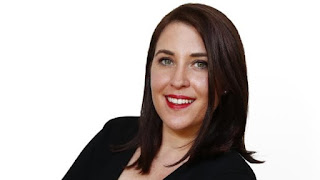 Annika Smethurst confirmed reports her home is being raided by AFP officers but could not comment further.Source:News Corp Australia

The “heavy-handed” raid of Smethurst’s home this morning by several AFP offices has sparked widespread outrage.

The search warrant extended not just to her dwelling but also her mobile phone and computer.

The Daily Telegraph reports the raid concerns a report published in April last year that revealed the departments of Defence and Home Affairs were considering new powers allowing Australians to be monitored for the first time. 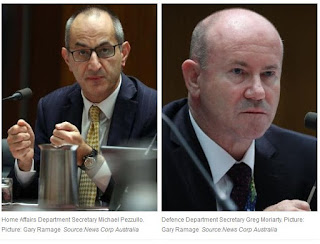 “The Australian public’s right to know information about government laws that could impact their lives is of fundamental importance in our society,” it said in a statement.

“This raid demonstrates a dangerous act of intimidation towards those committed to telling uncomfortable truths. The raid was outrageous and heavy handed.

“News Corp Australia has expressed the most serious concerns about the willingness of governments to undermine the Australian public’s right to know about important decisions Governments are making that can and will impact ordinary Australian citizens.

“What’s gone on this morning sends clear and dangerous signals to journalists and newsrooms across Australia. This will chill public interest reporting.” 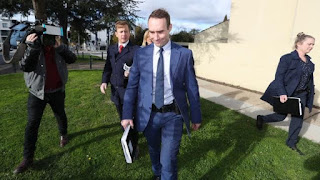 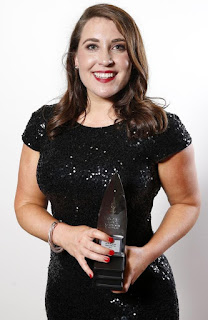 The proposal would also give the cyber spy agency, the Australian Signals Directorate, powers to snoop on the emails, bank accounts and text messages of Aussies, with the approval of the relevant home affairs and defence ministers. 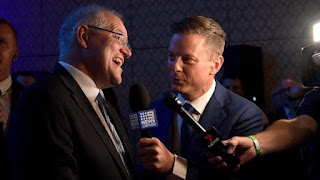 Broadcaster Ben Fordham has been contacted three times in 24 hours over a report he presented yesterday. Picture: Getty ImagesSource:Getty Images

The Australian Lawyers Alliance said the law should protect journalists and their sources from “harassment by police and security agencies”.

“This intimidating behaviour by the police poses a serious risk to our democracy, and undermines the accountability of the government to the people that it serves.

“Scrutiny of government agencies by the media is critical to a democracy, and it is very concerning that these security agencies seem to want to avoid any examination.”

The group Digital Rights Watch has also slammed the raid, describing it as a “gross abuse of national security powers”.

“We fear the powers given to the AFP to seize and search Annika Smethurst’s digital footprint represent a considerable risk to bold Australians who choose to expose wrongdoing in the public services.

“This is a gross abuse of national security powers — using them to reinforce a culture of secrecy and lack of accountability in our law enforcement apparatuses.”

In a statement, the AFP confirmed a search was under way at Ms Smethurst’s home.

“The matter relates to an investigation into the alleged unauthorised disclosure of national security information that was referred to the AFP,” the statement read.

“Police will allege the unauthorised disclosure of these specific documents undermines Australia’s national security. No arrests are expected today as a result of this activity.” 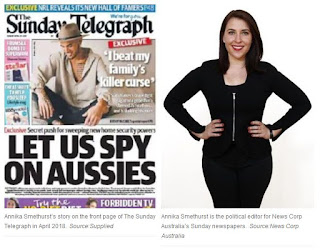 The Media, Entertainment and Arts Alliance, the union for journalists, said the raid was “an outrageous attack on press freedom”.

“Yet again, we have an example of a government aiming to punish those who have brought to light vital information,” the MEAA’s media president Marcus Strom said.

“Australians are entitled to know what their governments do in their name. That clearly includes plans by government agencies to digitally spy on Australians by hacking into our emails, bank accounts and text messages.

“It is an outrage that more than a year after the story was reported in April 2018 but just days after the federal election result, the Federal Police are now raiding a journalist’s home in order to seize documents, computers and a mobile phone in order to track down the source.”

The MEAA called on Scott Morrison and his government to “show its support for press freedom”.

“This is an obvious attempt to bully and intimidate journalists reporting on the latest attempted power grab by the already over-powerful Department of Home Affairs,” it said in a statement.

A number of Ms Smethurst’s colleagues in Canberra have also expressed their concern.

David Crowe, chief political correspondent for The Sydney Morning Herald and The Age newspapers, and current president of the Federal Parliamentary Press Gallery, took to Twitter to describe the raid as “a huge concern”, adding that her report “was clearly in the public interest”.

If you are not concerned over a journalist being raided on the basis of 'national security concerns' for reporting on the potential over reach of Australia's security agencies into your lives, there is something seriously wrong.
— Amy Remeikis (@AmyRemeikis) June 4, 2019

“He suggested the idea they were planning to spy on Australian citizens was ‘nonsense’ … today her house was raided … AFP are going through her belongings.”

A spokesperson for Mr Dutton referred all queries to the AFP.

“We don’t have any information to add at this point,” Senator Keneally said. “It’s incumbent on the government and the AFP now to speak more on this matter.”

Centre Alliance Senator Rex Patrick attacked the raid, saying it was a “heavy-handed effort to browbeat the media”.

“That reporting informed parliamentary and public debate and is to be commended.”

He said the execution of the search warrant at her home — not at her office — more than a year after the report was published “reeks of intimidation and retribution”.

Ms Smethurst has twice won the Walkley Award for Scoop of the Year, first in 2015 for her expose of Bronwyn Bishop’s use of taxpayer funded helicopters and again in 2017 for her reporting about Health Minister Sussan Ley’s travel expenses.

Nothing wrong with RT new's. It the best way to find out the true with the west. Cause we all know the yankie new's is nothing but propaganda an only good for wiping your rectum. Don't the yankie effluent when it comes to invading other countries for minerals. L

And News Corp. doesn't pedal propaganda inflame Conservative opinion as fact....and muddy the waters of what can and can't be actual or real?

not true. as two party preferential system is woefully inadequate. Government work for and support the Australian people. Supposedly.

The police oath i swear by almighty God that I will be faithful and bear true allegiance to her majesty Elizabeth the second queen of Australia her heirs and successors according to law and that I will faithful observe the laws of Australia and fulfil my duties as an austAustra citizen from this time forward under God it's like they have forgotten the constitution?

Crimes act 1914 section 13 institution of proceedings in respect of offences.

Unless the contrary intention appears in the act of a regulation creating the offence any person may.

(A) institute proceedings for the commitment for trial of any person in the law of the Commonwealth or.

Australian Gov. has been in steady decline since the sacking of Gough Whitlams Labour Government elected by the Australian people. If one looked at a graph, we are going from the shoulder into the deep trough now. It's getting worse day by day. The rot started with Bob Menzies. For a few years during Gough, it looked like things could come right. Australia is now legally owned by America. The US is controlled by the rough state of Israel. A way out might be for Australia to become a republic when the Queen dies.