Smartwatches, the next level of biometric surveillance 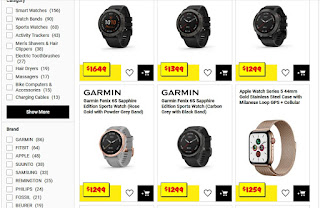 Those who are into the latest gadgets or fitness programs and devices will be aware that smartwatches have progressed dramatically over the past few years from a notification extension of a smartphone to a fully blown autonomous GPS cell tower and Wi-Fi enabled tracking device, you know like  the ones they put on criminal’s ankles.

To take it to the next level of surveillance, your heart rate together with your blood oxygen level and even ECG can be uploaded to a corporation’s server for governments and other corporations to exploit.

Are you really in control of data you have given away?

A few generations (in computing terms) ago, say in 2016 smartwatch data could be accessed via Bluetooth where the corresponding app was programmed in such a manner that no external data collection point was necessary in order for the app to function together with the watch. 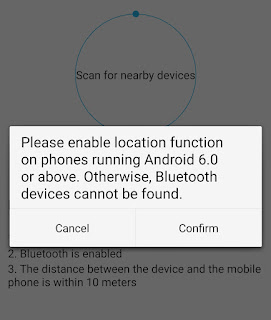 The Android operating system version of the year also did not require a GPS location to function.

There is ZERO technical reason for a Bluetooth device to have to function together with location services.

The corporations (Apple, Google, Garmin, Fitbit, etc) that mandate this function, are anti your privacy, and support the nanny state agenda.

Today Australian consumers are given very little choice when it comes to privacy, where retailers only stock smartwatches where the consumer MUST log into an external entity’s servers in order to be able to operate their new smartwatch, an action which is either mandated by the watch manufacturer or the smartphone operating system manufacturers, that being Apple and Google. 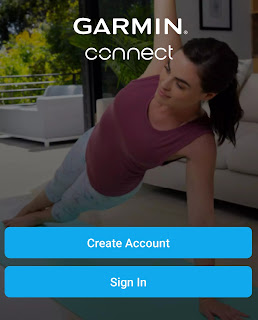 This action is extremely privacy invasive, where the data is easily available for misuse.

Wouldn’t it be hilarious when (as opposed to if) a life insurance company obtains your ‘fitness’ data generated from your smartwatch, where it indicates that you are a regular consumer of McDonald’s food like products which contributed to your weight gain, diabetes or heart disease where as a result your family will not obtain a payout (when you keel over) despite the fact that you payed this company handsomely for the privilege.

Will you spend an exorbitant amount of cash for corporations to have your fitness data?

MANY Aussies have and also shall do in the future.

Programmers have created apps that are open source which connect to some smartwatches and fitness bands where the user does not have to log into a company’s server in order to obtain data from their own device.

Fear mongering by the mainstream media regarding case numbers? 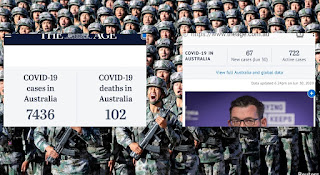 A snapshot from an official news source, which was once ‘independent’ now under the directive of Rupert Murdoch, stated that on the 20th of June 2020 Australia had a total of 7436 cases.

Now that sounds like a lot doesn’t it, enough to shut down an ‘economy’ (as opposed to a colony), or not?

Let’s also note that merely taking an elevated temperature reading does not mean that the subject has the so called virus, but rather a reading that was used to elevate the numbers.

Now this independent news source draws attention to the alleged number of active cases, that being approximately one tenth of a figure previously ‘promoted’.

So, the number of people who are allegedly sick from a flu-like virus on the 30th of June, is 722 across Australia.

Simple mathematics will indicate that 0.0288% of the population is sick where the chance of recovery is over 98%.

Does that sound like a fair call to destroy the livelihood of middle class Australia, and bring out the armed forces against the people?

While Australia is (technically) a police state colony, it’s going to get a whole lot worse regarding the so called ‘freedoms’ people (allegedly) have.

Once they’re gone they will never let you have them back.

This will be evident in more data collection, anti encryption law and restrictions of movement.

Remember 'Penal Colony Policies' started in 1788 and have never left us.
Posted by AuCorp at 5:57 AM No comments:

You were told (in television advertisements) that you’re downloading the government app for the purpose of the virus, but that was not the case.

They told you that it was for the health and safety of everyone, right?

The app was not about the virus, but rather ‘contact tracing’ about obtaining all your contact details that you put into your smartphone, that's part of the nanny state agenda, and NOT the virus health agenda.

Now before we see the responses along the lines that ‘they already have those details’, the response is yes and no, where it’s all about the ‘economics’ of the matter.

Apple and Google have your contact details sure, that's two different databases there and the effort required to obtain that data.

Sure the government can see who you’re calling where that information is on another database.

By downloading the app, YOU have given away all your contact’s details that you’ve put in, your location history etc into their database. You’ve collated the information they need for them at your cost (like a nice subservient government slave ought to).

Now before we hear, ‘but the source code has been made public’,  uummm not the ‘best part’ where the data is stored and how it’s manipulated. The government closed that off.

Well the excuse could be, so that the databases do not get hacked, which is a fallacy.

Remember the propaganda term: “Nothing to hide, nothing to fear”? 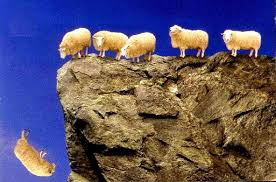 To those who downloaded that app, you may as well jump off a cliff when told to by the government corporation. Hahaha!
Posted by AuCorp at 10:50 AM No comments:

MANY people do not comprehend how much information they give away for free, which then corporations make huge profits from.

Each year billions of photos from smartphones make it up to various social media platforms where the information (called EXIF data) is stored and then profited from, where not one single milli-cent (you know, one thousandth of a cent) is  given to the producer of the photo.

From the photos that you upload, even if they do not contain your face, you (personally) can be identified.

This with the addition of other data such as your device fingerprint and browser fingerprint which leads to your entire internet browsing history, locations where you’ve been including your online purchase history and much more is available to various corporations and of course overseas governments.

You give away all this information for FREE, well not for ‘free’ entirely, as it technically costs you money to give your information away that you generate.

Corporations make billions of dollars annually from the information people give away.

Is the behaviour going to stop?

Next (financial) year, the corporations are going to make even more money from you. 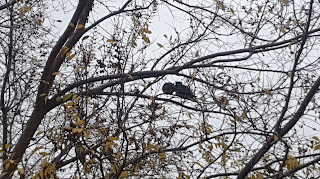 So how much information do you give away from a seemingly ‘innocent’ picture taken from your smart phone uploaded to your favourite social media platform?

Please note that if you download the above photo, in the EXIF data, under Program name, Google inserted its name.

The screen captures of the information within the photo taken above have been blacked out to preserve privacy. 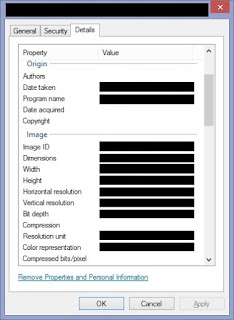 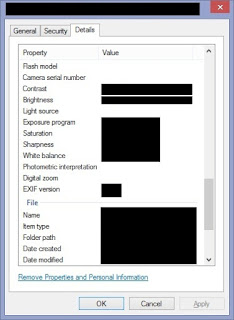 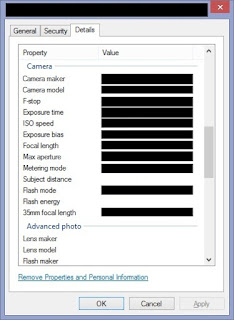 Why are the ‘authorities’ pushing you to use smart phones in conjunction with apps?

So that you give away all this (and more) information at your cost.

The majority of Australians are using social media /news / government services platforms from their smart phone, and to make it worse with the platform’s app, which gives away more data than personal computer browser only oriented access.

So why are Aussies STILL doing this in today’s age of surveillance capitalism?

Because. the giving away of data from your mobile phone seems innocuous given the fact that there are no immediately visible consequences.

If someone gave you a black eye every time you logged into Facebook via a smartphone app, would you do it twice or keep doing it indefinitely?

No news on ex PM in court over oath & ‘Queen of Australia’?

Many average (or below average) Australians may not know that Australia’s 29th Prime Minister and ‘bankster’ Malcolm Bligh Turnbull was taken to court. 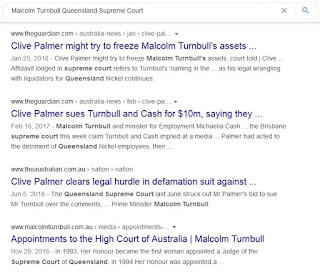 One would think that it would be the job of the mainstream media to report this, but then again what one would think to be logical or normal or even make a slither of ‘biological sense’ is not the case in the colony called Australia.

While the media may have covered the case of Clive Palmer v Turnbull, it seems that it covered up another little known matter against Turnbull.

The legal world is fully aware that there can be no (lawful) action unless the correct oath is taken.

You (the serf) may have experienced this in dealings with a JP, or even your court matter, no oath no go.

Tasmanian magistrates have issued unlawful orders as a result of not being sworn in correctly for over 30 years, causing harm, where zero class action has been taken thus far.

Although if you know what you’re looking for you will find it, where a little known case against Turnbull regarding his oath of office (note Gillard also did not swear the correct oath) and the ‘Queen of Australia did not make a mention in the eagle eye of the mainstream media. 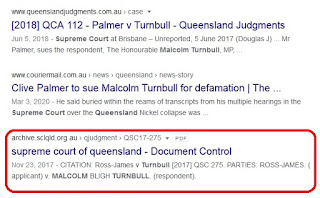 The ‘Queen of Australia’ is the Achilles heel of the colony’s legal system, where you must ‘get it right’ in your ‘question of law’ regarding your matter. 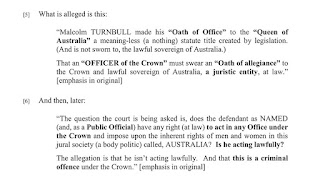 See reference to the Supreme Court of Queensland matter:
https://archive.sclqld.org.au/qjudgment/2017/QSC17-275.pdf

We have seen paperwork that exposes the fraud of Australia’s legal system regarding the Queen of Australia (and other 'issues'), paperwork that obtains a reaction from judicial registrars, magistrates and judges, who are aware of this fraud.

As we should be aware, but it would be asking too much, that the mainstream media should have reported the matter of the 'persons':‘ROSS-JAMES v MALCOLM BLIGH TURNBULL’, given the fact that the applicant was ridiculed, but that’s not how it goes in this colony.

The ridiculing of Ross-James would only give attention to the topic, and that’s not on the agenda of those in charge.

Just like it’s not beneficial for the Tasmanian government for the people to wake up and start a class action for the unlawful orders issued that caused many 'persons' harm.

In any event how can the serfs trust a judiciary that hides women abusers and paedophiles in its 'brotherhood'. 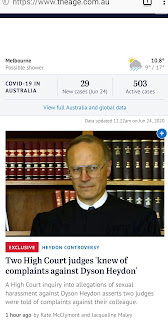 Posted by AuCorp at 9:08 AM No comments:

Commie Dan rolls out the army in Dictatoria (nee Victoria)

So, if you ever thought of the media's attention focusing on his personal involvement in the branch stacking fraud will occur, those days are now gone as this will be the new focus.

Don't forget this is for YOUR (the serfs) benefit / health.

Remember how the government cares for you:

"Do not overload our (the government's) health system."

Was the army 'lawfully' deployed in Victoria?

Posted by AuCorp at 4:55 PM No comments: