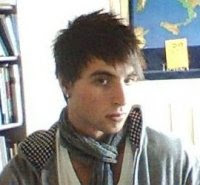 Three Melbourne men accused of pack raping a woman have had all charges against them dismissed.

Suburban football teammates Reuben Mineo( illustrated in photo) , 19, Trent Cantwell, 19, and Jack Reade, 20, were accused of raping a woman at a house on Phillip Island in October last year.

Charges against a fourth person, a minor who cannot be named, will also be dropped.

The alleged victim had given evidence in a closed court over the last three days during their committal hearing at the Melbourne's Magistrates Court before magistrate Bill O'Day.

After the case collapsed on Wednesday, the three men left court supported by their families without commenting to the media.

However, a spokeswoman for Mr Reade's family thanked their legal team for the result.

"The family are very happy with the legal outcome today," the spokeswoman said.

She would not say why the case had fallen over.

The three men were on the popular holiday island, south of Melbourne, on a trip with their suburban football club teammates.

Police had alleged last October that they were among up to 16 Under-19s players from Montmorency Football Club who took part in the attack.

They all faced multiple charges of rape, two of indecent assault and one of unlawful imprisonment over the incident in which they were alleged to have invited two women back to their rented holiday house after meeting them at a local hotel.

In opposing bail last October, Detective Sergeant Jason Walsh told a court the alleged attack was "one stop below murder" in terms of its serious nature.

Det-Sgt Walsh said there were about 30 men at the house and no women.

He said the two women were ushered to separate bedrooms where they were allegedly attacked by a number of men.

One of the women did not pursue her matter but was prepared to act as a witness for the first woman, he said.