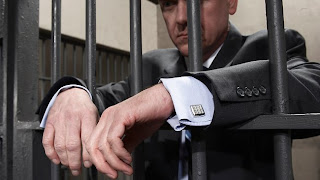 In this out of reach education system, the real purpose of the police force is taught. It is taught that the police, being a government tool, are there to install order amongst the masses, so that the masses are subservient to the ruling elite.

An example of its execution in today’s ‘modern’ society, is that of when the masses are against certain government policies, whether abroad or within Australia, the police ‘force’ is there to silence the protesters.

Laws have been put into action in the nanny (police) state of Australia, that it is illegal to protest, unless notification has been made to the authorities.

The very so called right to free speech is virtually nonexistent in Australia, as the authorities, are of the mindset that the general populous is an enemy of the state.

The population are being treated as ’terrorists’, who are guilty by default, who then have to prove their innocence.

Recent information has been obtained by corpau from an anonymous source, that the police have a new role, that of debt collecting. Police resources are now being used to collect financial out standings, rather than pursuing criminals.

You are now considered a criminal, if an invoice is not paid to a corporate entity.

Secret laws are being grafted, that now implicate the masses that they are literally criminals, subject to bail conditions if whatever financial claims are made against that individual, by a corporation or government institution. The anonymous source also mentions, that ‘it’s going to get a lot worse’.

The new age of tyranny and slavery (in Australia) is well and truly on its way, and there is literally no stopping it.

The blind masses are too involved with trash TV to notice their incarceration, a perfect distraction.
Posted by AuCorp at 1:05 PM