HUNDREDS of police members have been caught abusing confidential information stored on the operational intelligence database. 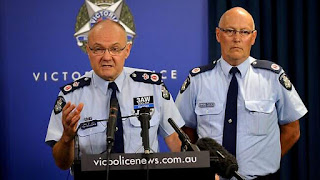 Dodgy officers have gained unauthorised access and improperly used sensitive details from the secure LEAP computer system 214 times in the past five years, the Herald Sun can exclusively reveal.

"The unauthorised disclosure of protected law enforcement data is taken very seriously by Victoria Police - this action that can cause significant risks to police and the community, undermine serious investigations and diminish the confidence that the community has in Victoria Police," said Assistant Commissioner Emmett Dunne, of Professional Standards Command.

The alarming news comes two days after Victoria Police announced that raids on three properties - one directly linked to a high-profile outlaw bikie gang - had uncovered hundreds of pages from the LEAP network.

Chief Commissioner Ken Lay said the major information link was "one of the gravest breaches of police security" he had seen in his 39-year career.

The Herald Sun can reveal 196 officers, including a superintendent, have been caught misusing the main police database.

A further 15 members of staff at Victoria Police have also illegally abused the network for their own gain.
Three senior sergeants were guilty of improper use and unauthorised access to the database twice each.

The force is investigating officers with links to outlaw motorcycle gangs, as part of Taskforce Eagle launched in March. Detectives within the taskforce spearheaded raids three weeks ago, which uncovered top-secret police information, including the names of police informants.

Police believe a junior officer is at the centre of the scandal and will be charged.

Taskforce Keel was set up this week to ascertain if the unnamed officer, who has been suspended without pay, had bikie links before joining the force.

Assistant Commissioner Dunne said that LEAP database breaches would not be tolerated. "This kind of action is not tolerated and members (could be) dismissed," he said.

Victoria's police 'force' is arguably the country's most corrupt.

The cases mentioned above in reality are approximately 10 times greater than reported.

Victoria Police are involved in many other facets of corruption, including drug trafficking, extortion, falsifying fines, illegal warrants to name a few.

In Victoria's North West, corrupt police are rife without any repercussions.

A former head of the AFP (Australian Federal Police) carried out corrupt dealings with full knowledge of the 'authorities'.

Corrupt police who are part of the masonic brotherhood allow traffic infringements, speeding fines to disappear, as well as criminal matter that front up to the Victorian courts to be 'dismissed'.

The police being a government tool to collect revenue, in the form of 'breaking the law' are impervious to prosecution.

The 'force' should be clean out of the rats, but it will not, as this is not in the interest of government.