In Victoria, Australia, when people are faced with a letter from the 'sheriff' that alleges there are outstanding warrants as a result of unpaid 'fines' the letter follows a template of which there are a couple of variations. One variation is illustrated below: 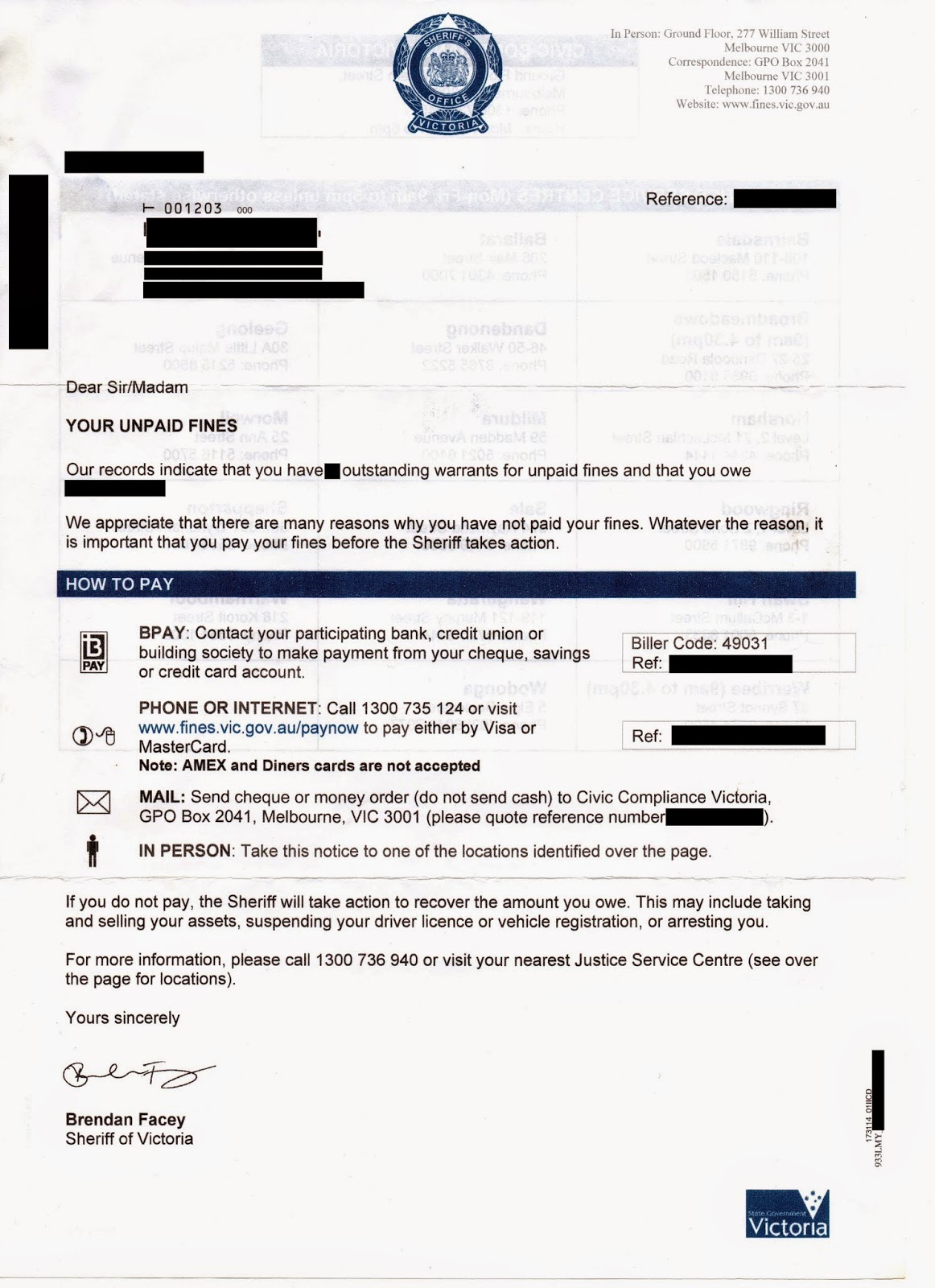 From a contractual point of view, a simple analogy regarding communications is that if one communicates with company A (e.g. a Fish and Chips premises) then company A lawfully has to respond, but rather one obtains a letter from company B (e.g. Butcher Shop) which is totally irrelevant to the communication between the person and the original company A. 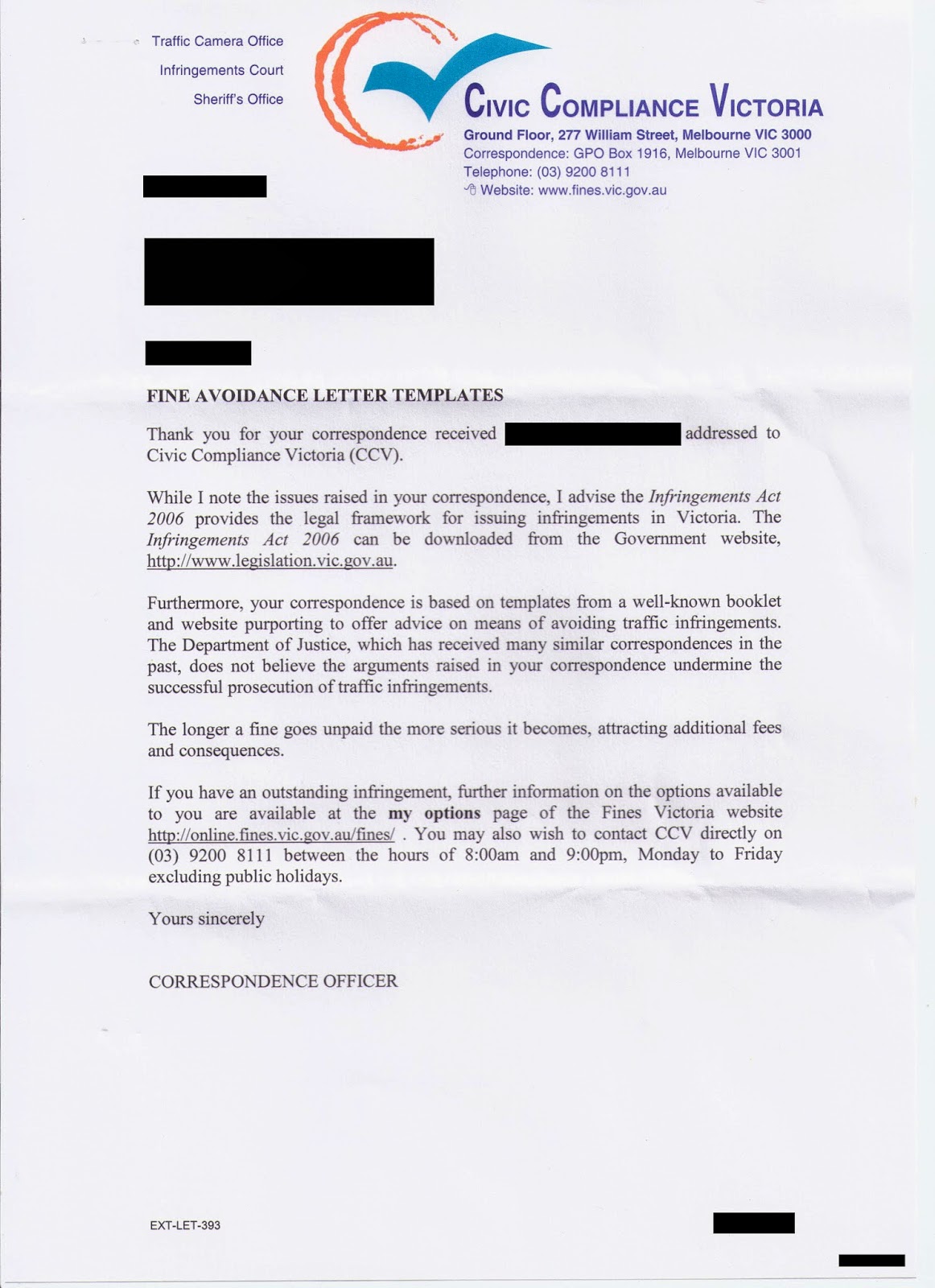 Let there be no mistake about it that the persons running around the state of Victoria, that call themselves as 'sheriffs' are in fact committing a crime.

Although their actions are unlawful, they are supported by the treasonous police 'force' of Victoria, and as a result the people of Victoria have real consequences of theft of monies, cars clamped, etc.

The judiciary is well aware of this grand scale fraud and supports those unlawful actions.