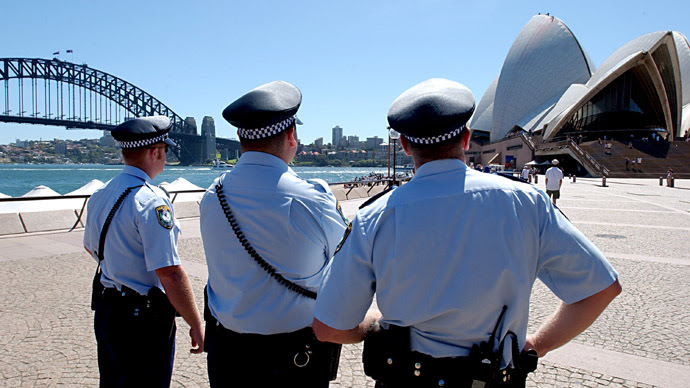 Police in the Australian state of New South Wales have spent over $2 million on powerful spy programs to monitor the smartphones and notebooks of Australian citizens, according to the latest revelations from WikiLeaks.

The spyware for NSW police was developed by a German company.

The new batch of documents published by the whistleblower on Monday maintains that Australian police have used spyware from Gamma International, a German company specializing in developing spyware for remote computer monitoring, while conducting some investigations. “The captured information needs to be able to be identified as legal privilege and not used in any further intelligence capability as it is considered private. There are other categories that may come up so it would be useful if the categories could be implemented at the user level rather than hard coded by Gamma,” a document revealed by WikiLeaks claimed.

“When FinSpy is installed on a computer system it can be remotely controlled and accessed as soon as it is connected to the internet/network, no matter where in the world the target system is based,” WikiLeaks said.

NSW Police used a set of spy programs developed by Gamma International, which cost the budget more than $2 million (1.8 million euro). WikiLeaks alleges that there are no online tender records of either Gamma International or any of its subsidiaries holding contracts with NSW Police - despite the substantial costs of the spyware. NSW Police confirmed the use of spyware to the Sydney Morning Herald.

“Given this technology relates to operational capabilility [sic], it's not appropriate to comment,” a police spokesman said.

To get remote access to a personal computer legally, NSW Police could apply for a special covert search warrant, obtained from an ‘eligible judge’ on Australia’s Supreme Court bench, empowered to grant those types of warrants.

According to WikiLeaks estimates, all in all Gamma international could have earned from 48 to 98 million euro on FinFisher licence sales.

The developer of FinFisher became a target of hacker attack in August, which resulted in the leaking of client lists, price lists, source code, an effectiveness report of Finfisher malware, support documentation and a list of tutorials being now distributed via BitTorrent.

The founder of WikiLeaks, Julian Assange, locked up in the Ecuadorian embassy in London for two years now, made a statement, claiming that the latest FinFisher hack makes it possible to develop protection from this malware and even track down the command and control servers it is used from.

“This full data release will help the technical community build tools to protect people from FinFisher by tracking down its command and control centers,” he said.

Assange also maintained that the German government is well aware of the spyware developed and is protecting FinFisher.

“FinFisher continues to operate brazenly from Germany, selling weaponized surveillance malware to some of the most abusive regimes in the world,” Assange said. “The Merkel government pretends to be concerned about privacy, but its actions speak otherwise. Why does the Merkel government continue to protect FinFisher?”

Yet in the case of Germany the spyware cuts both ways, ZDNet informed, as reports over the weekend have claimed the Five Eyes intelligence group, consisting of the US, Australia, UK, Canada and New Zealand, had been using an internet mapping program dubbed Treasure Map globally to spy on networks of German telecommunication companies, though the US government assured that this program had no surveillance capabilities.

In the meantime, investigative journalist Glenn Greenwald promised make public information about the New Zealand government’s spying on its own citizens, which could potentially result in Prime Minister John Key’s resignation.

Key immediately rejected all such accusations, saying that national communications security agency GCSB had considered implementing mass surveillance following a series of cyber-attacks, but after all the plan was rejected and never implemented.

In Australia the real criminals are the police.

The police are there NOT to 'protect and serve' the general populous, nor are they 'public servants'.

The police are [factually] a corporation subservient to corporations.