Form 29A - Notice For Discovery (Victoria) self litigants

A little known secret that the courts give you a hard time obtaining, is not just 'full disclosure' but rather a lesser known form called a NOTICE FOR DISCOVERY or Form 29A, which applies within the Magistrates' Court of Victoria. 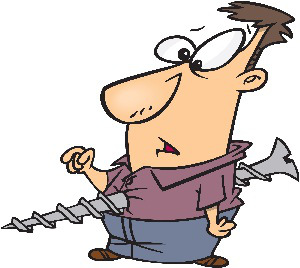 Just to make it harder for the plebs it is not given to you, but rather instructions on how to compose it.

For some this may be a difficult task to achieve, so we have made it easy, based on current Victorian law, noting that the actual validity of those laws is put aside.

In a document called the

in a section called FORMS there lies the instructions how to create the form.

In a nutshell, Form 29A - Notice for Discovery is to look as Form 5A (Complaints) with the modifications as outlined in the subsection Form 29A.

The instructions in the current database at Austlii reside at the following address:

The form is composed in such a manner for a 'self litigant' to serve this form on the other party involved.

We have divided the form into two parts:

1). the 'letterhead' and
2). the other a rtf version (template) of the fields that are to be filled in.

Also a sample file has been included to illustrate the format required by the court.

See illustration below being a sample document: 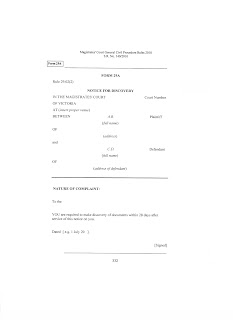 See illustration below of the first printout being the 'letterhead'. 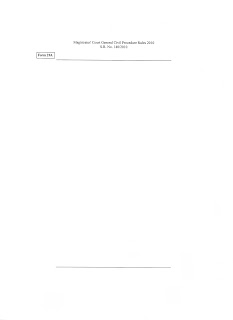 Download the file below (rtf format) to fill in the required fields:

Use it liberally in the places of business/trading/commerce commonly referred to as the 'courts'.

Love the website and the work you've put into it!

I've been looking for the South Australian version of form 29A on the SA courts website but can't find it mentioned there at all. Where else would I look or find it please?

@Wayne Morgan. In SA the Rules or Statutory Instruments to Acts are Gazetted instead of separately available.


The discovery the rules =
PRE CLAIM PROCEDURES
20.
(1) A person intending to bring an action may, by notice in writing to another person, request the other person to make discovery, and disclose the present whereabouts, of any document or property that is relevant to the proposed action.
(2)If such a request is not complied with within 7 days of the service of the notice, the Court may order the other person to make discovery and disclosure by letter or affidavit.


Therefore request information in a document invoking Rule 20.(1). Then if they don't reply or fulfil, see the court registrar and fill in the appropriate form for a court hearing or order for the other party to act.

Im having a similar issue in Qld, have gone into the Qld Court forms and searched thru it, plus call the court house and asked the registrar 'which form is the Notice of Discovery', 'Motion to Dismiss' and 'Notice of Special Appearance'. All I got was 'I dont know'. None of these forms are easily located on the Qld Courts website, if they exist.