Remember the good ol’ days when the cops were police men and not police officers (part of a corporation)?

Remember when the police were there to:

whereas today the police have been corporatised to raise revenue via coercion and extortion.

But what about another person in uniform with a nice shiny badge, called the ‘sheriff’?

Remember only not too long ago, in the colony of Victoria, if you got a letter from the sheriff near the middle of the envelope would be some letters of the alphabet that would be O.H.M.S which stands for: On Her Majesty’s Service.

But what does that mean, the lay person could ask. 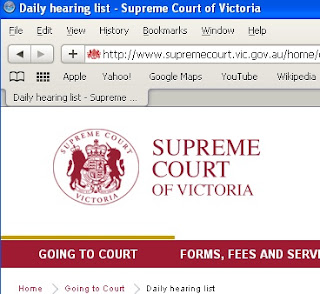 It means that the sheriff would swear an oath to the reigning monarch of the United Kingdom, Queen Elizabeth II, her Most Excellent Majesty, as an example for over 50 years.

Another question could also be: Who does he work for?

The (Victorian) sheriff is supposed to be a sworn officer of the Supreme Court of Victoria, as depicted by his badge, and in official correspondence on the letterhead which has the lion and unicorn. 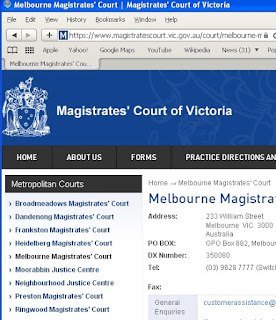 In 2015 the sheriff has (unlawfully?) changed the allegiance to a corporation, namely to the one with the same corporate seal as the Magistrate’s Court (a lower court) of Victoria – the one with the shield, two whores, and a kangaroo (signifying a ‘kangaroo court’) as depicted in the sheriff’s new letterhead.

Notice also on the screen capture of the current Magistrate’s Court of Victoria website, under General Enquiries the email address "customerassistance".

They are telling you that you are a customer!!!

What service did you purchase again???

Once again the masses have had the wool pulled over their eyes (read defrauded) by the so called ‘authorities’ (read corporation conglomerate) by a person with a shiny badge and no lawful authority.

Really good article. I say this as I've always had an interest in the integrity and proper process of law. It's our system and duty to keep it thorough.