Forget 'Dole Bludgers', For-Profit Businesses Are Getting Rich Off Centrelink


The poorest are being charged more for basic goods – and it's moving welfare money into the pockets of big businesses. Max Chalmers reports.

By the time clients meet Kat Lane the decision to attain a household item has already spiralled into such a financial disaster that other basic expenses, including groceries, have often been put out of reach.

It sounds dramatic, but Lane says going without food is one of the most common outcomes she sees among clients who have been trapped by ‘consumer leases’ – a financial product that allows you to rent an item with regular payments rather than buy it outright – as well as those caught in a cycle of debt after being issued a loan they can’t afford to repay.

“These people have to go and get food hampers to cover basic living,” Lane says. “We see that all the time.”
Consumer leases may not sound like the scintillating stuff of a tabloid ‘dole bludger’ beat-up but, as an Australian Securities and Investment Commission (ASIC) report revealed last month, they’re allowing taxpayer money to be funnelled away from the people who need it to survive and into the pockets of for-profit businesses.

Here’s how it happens.

Firstly, under consumer leases the customer ends up paying far more than the actual value of the good over time. In the most extreme case ASIC found a lease being offered resulted in the consumer paying 884 per cent interest on a clothes dryer. The dryer was worth $345, but the person taking out the lease would have eventually paid a full $3,042 over the course of the contract.

According to the Financial Rights Legal Centre, many of their clients end up paying five to 10 times the original value of the appliance by the time their agreement ends. They say misrepresentation about whether they will own it at the end of the agreement is common.

That’s bad enough. But worse is the fact that under many of these arrangements the poor actually pay more.
“The same lessors charge significantly different amounts for the same goods, in particular Centrelink recipients were charged more than the advertised costs,” ASIC’s report said.

The report said previous experience indicated a simple explanation for such practices: a lack of competitive pressure paired with the desire of companies to extract as much profit from each transaction as possible.
As ASIC Deputy Chair Peter Kell noted when commenting on the Commission’s report: “Of particular concern is that the most financially vulnerable consumers in Australia are paying the highest lease prices for basic household goods. For two year leases, half the Centrelink recipients in our study paid more than five times the retail price of the goods.”

And still it gets worse. 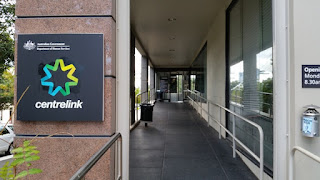 Someone who wants to lease an item can be signed up in a way that sees the payments flows straight out of their Centrelink and into to pockets of the lessor each fortnight via Centrepay, an otherwise helpful system ironically designed to assist people receiving welfare budget essential payments like rent and utilities. When consumer lease companies use the system it can be devastating; while the company is guaranteed to receive its payment every fortnight, the person supposed to be benefiting from the support is cut out of the process, meaning lease payments can continue to be made even if they're struggling to afford food.

Meanwhile, there’s big money to be made, with a 2014 IBISWorld report putting the value of the leasing market for electronic goods and household appliances in Australia at over half a billion dollars.

Earlier in the year it was revealed Radio Rentals had raked in $90 million via Centrepay bills, close to half of its $197 total revenue, while an independent review of Centrepay found that in 2011/12 $188 million worth of payments from the system went to leasing, renting, or buying household goods.

The independent report into Centrepay found the total of payments for leased household goods is increasing in number and value.

In late September the company behind Radio Rentals, Thorn Group, admitted in a statement to the ASX that it had been forced to reimburse “a relatively small number” of customers after continuing to receive money from their payments via Centrepay after their contract for the leased item had finished.

In the statement Thorn said it immediately implemented a process to ensure the situation could not happen again.

Even aside from the problems with Centrepay, those with consumer leases who are not using the system hardly find themselves in a better situation.

As case studies from the Financial Rights Legal Centre make clear, there are a range of other ways such arrangement can short-change vulnerable people with nasty fees and conditions. Here’s one example, made anonymous so as to protect the privacy of the client:

Ms X obtained a consumer lease for a laptop from Consumer Lease Company while she was unemployed.

After 18 months, Ms X was suffering financial hardship (her lease account was in arrears) and she tried to return the laptop. Ms X was informed by an employee or Consumer Lease Company that if she cancelled the lease then she would have to pay a termination fee but if she continued to rent the item for three more months there would no more fees.

A month later an employee of Consumer Lease Company arrived at Ms X’s home and repossessed the laptop. No notice was sent to Ms X prior to the employee arriving at her house. Six months later Ms X received demand of payment for her arrears plus a termination fee of $986.66. The termination fee is equal to about 12 months worth of rental.

By this stage the Ms X had paid rental payments on the item equal to about three times the market value of the laptop.

Because of a legal loophole, the businesses profiting from these arrangements avoid the restrictions that apply to the much-discussed payday loans.

“The payday lending market and the [consumer] lease market are dominated by the big players,” says Lane. “They’re huge in both industries.”

According to Erin Turner, Campaigns Manger at consumer group Choice, consumer leases are one of many financial products used to target vulnerable people and skirt the laws protecting them.

“There’s a whole business model built on the premise that they win when the consumer loses. These kinds of consumer lease models can certainly be that kind of business but they’re not the only one,” she says.

A spokesperson for the Thorn Group emphatically rejected the idea the group charged higher rates or targeted those on low incomes.

“None of the practices highlighted are representative of how Thorn Group and its subsidiary, Radio Rentals, operates.”

“On average, Radio Rentals customers pay around 2.6 times purchase price, with these other benefits additional, and around 70 per cent of customers go on to own the goods they rent.”

While at times focusing in on two specific companies, ASIC’s review also looked at advertised price data collected by the RMIT on 544 products and nine lessors.

Labor Senator Doug Cameron has emerged as one of the most outspoken MPs on the subject of consumer leases, pushing a legislative fix and calling on the new Prime Minister to take rent-to-buy groups off Centrepay’s list of approved businesses.

“The Minister for Human Services Stuart Robert can immediately make a positive impact in his new portfolio. He should sign a ministerial determination to exclude consumer leasing businesses from Centrepay and end the rip-offs,” Cameron said in a recent statement.

“The consumer leasing industry is based on a broken business model that preys on the financially vulnerable. The Government is tacitly supporting the rip-off because the leasing companies target Centrelink clients using the Centrepay service operated by the Department of Human Services.” 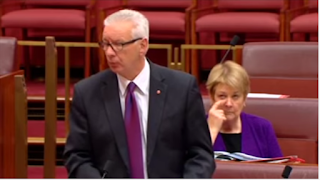 Aside from this option, advocates say another potential solution would be capping the effective interest a lessor can charge on a product, as is the case with payday lending, limiting the amount the company could extract beyond the actual price of the item.

The government isn’t on board with Cameron’s legislation – which it says won’t actually exclude consumer leases from Centrepay – but will look at the issue in a review of credit laws.

“My department recently strengthened Centrepay, by restricting the type of leases that can be paid for through Centrepay,” then Minister for Human Services Marise Payne told New Matilda in the wake of the ASIC report.

“In addition, we are expanding the service categories for which Centrepay can be used to support alternatives to consumer leases, such as low-interest loans, no interest loans, savings, and lay-by.”

While the government warns shutting off arrangements like consumer leases could leave those at the bottom end of the market without options to attain essential goods, Lane says the harm being done under the current policy settings should outweigh those concerns.

Consumer advocates also point out that those who find themselves unable to get a regular loan may be able to access a no interest loan. A range of community groups also offer financial counselling.

“The exploitation is quite comprehensive,” says Lane. “And for the low income group, as the ASIC report says, they’re paying more, they’re exploited more, and they’re the people who can least afford it.”

Some people are allowed to get away with cheating Centrelink (read the Australian taxpayer), while others are punished.

If you're a member of the 'brotherhood' you have a better change of getting away with defrauding Centrelink.

We have a fair few files on hand with evidence indicating a blind eye by Centrelink.


If Centrelink is turning a blind eye to criminal activity, the people responsible are defrauding the Australian taxpayer, which is still a criminal offence.