Infringements Court - What exactly is it?

Many Victorians may have received a fine from a place purported to be the 'Infringements Court'.

For those new to law, the 'main' points that one should note are:

Can you find the "Infringements Court Act"?

The Australian 'Constitution' is contained within a (U.K) document called An Act to constitute the Commonwealth of Australia 1900, from Section 9 onwards.

The 'Infringements Court' is a computer. 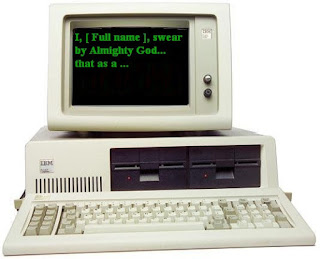 It's actually 3 computers with people operating them who are NOT sworn officers of the Supreme Court or Magistrates' Court of Victoria.

Ask for them by name.

According to the Victorian government (www.vic.gov.au) the current address for the 'Infringements Court' is: 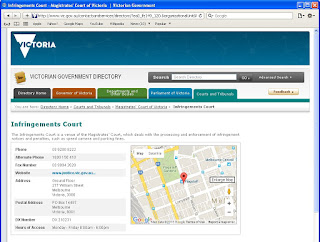 So, go there and ask for the judge who ruled with respect to your 'fine' where had your opportunity to defend yourself against your adversary, presenting ALL the evidence before the judge.

Ask for the judge's name, again.

Just to 'notify' them (a requirement in law to be 3 times), a third time to give the name of the judge who rule 'ex-parte' with regards to your matter.

Make no mistake about it, the government is enacting fraud, deceit and extortion against your person with regards to your (alleged) fine.

If you have a so called 'warrant' against your 'Natural Person' from an (alleged) sheriff (Brendan Facey), then that's also unlawful, and subject to criminal actions, but that's another post or dozen.

Do not think the government will stop, YOU must take action in your matter.