The anti corruption commission is corrupt

The people in authority have been misbehaving literally since they settled this land.

The 'motherland' called the United Kingdom of Great Britain and Ireland had enough of the misbehaviour of the people in power, where they made a law called the Colonial Laws Validity Act in 1865, to "keep the bastards honest"

Do you think anything has changed? Yep! It's gotten 'worse' (for the slave population of this colony, and better for them, the people in power).

The people in power commit fraud, deception and other criminal activities against the good people of this land.

You cannot even trust the anti corruption commission as they too are corrupt.

Please note: Don't do anything about it, as EVERYTHING is going according the 'their' plans.

The Australian people are truly governed by criminals

You can read the article from the 22nd of June 2017 by abc.net.au of the headline; 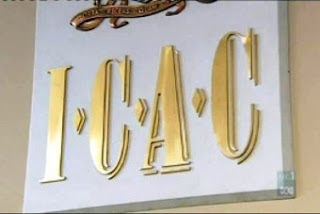 The New South Wales Government has nominated two new Commissioners and a new Inspector for the Independent Commission Against Corruption [ICAC], officially wiping the slate clean after one of the most bitter chapters in the organisation's history.

Bruce McClintock SC, who has conducted two previous reviews of the powers of the ICAC, will become the watchdog's new Inspector.

The NSW Government radically overhauled the ICAC's powers and structures in the wake of the High Court finding it did not have the jurisdiction to investigate allegations Ms Cunneen tried to pervert the course of justice after a car crash involving her son's girlfriend.

When he announced the changes, then premier Mike Baird said they would "deliver a stronger and fairer anti-corruption watchdog".

But the Opposition accused the Government of using the restructure to effectively sack Ms Latham as retribution for her investigation into Liberal Party donations, which claimed the scalps of 10 Liberal MPs.

The new appointments must be approved by a parliamentary committee and signed off on by the NSW Governor.