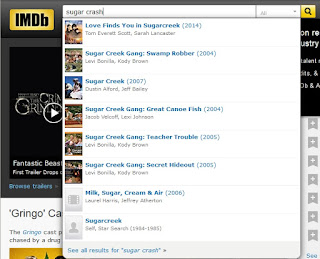 Not enough attention is drawn to how much sugar is consumed by consumers in their daily lives.

A documentary was made in Ireland where Doctor Eva Orsmond studied the consumption of sugar within the local demographic, with startling results.

This documentary was broadcast on Irish TV in 2016, where it followed on to a small viewing audience within the Australian TV sector that being SBS, one and a half years later.

Cigarettes and alcohol may be the obvious killer drugs, where sugar has escaped under the radar.

From the documentary, more people on this planet are dying from sugar related illness than from malnutrition.

Currently two years after its release, Sugar Crash is not listed the the world's (premier?) film database imdb.com as seen from the above screen capture.

Why is such an important documentary kept from being on the 'public' record?

Sugar is traded on the Commodity Market.

Currently the documentary can be seen at: