Magistrate 'Costas' Kilias to be expelled for being under the 'influence'? 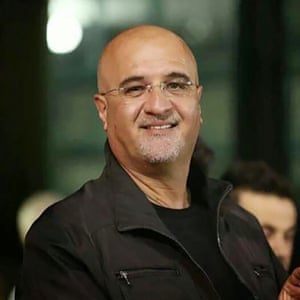 Exposing the corrupt to the core nature of the Australian judicature is a hard ask, especially when no one wants to 'come to the party', i.e. met with denials, silence supported by a policy of punishing whistleblowers.

With the information that (magistrate) Rod Higgins' judgements / orders were made under the influence of his 'partner' 23 year old court clerk Ashleigh Petrie making it into the 'public domain', many of his orders are unlawful.

But it does not stop there.

Ms. Petrie was also involved with another magistrate Constantinos "Costas" Kilias, therefore casting a doubt over his judgements / orders given.

The (toxic) culture within Australia's judicature is kept under wraps, as it works against the benefit of the general population, where action on ex-parte orders are just one example.

The 'problem' with obtaining any information now from Ms Petrie is that she is no longer alive, killed in an apparent accident in Metung, East Gippsland. 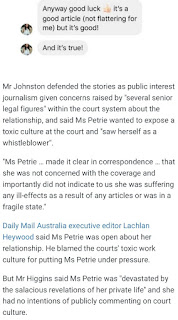 A treasure trove of information has been lost in her untimely death which will be for the benefit of the toxic courts.

So who is going to take a class action lawsuit against the unlawful orders of the magistrates involved?

Will the mainstream media keep quite on the unlawful orders by the magistrates?