Constitutional Crisis eat your heart out, try a ‘Monarchical Crisis’ 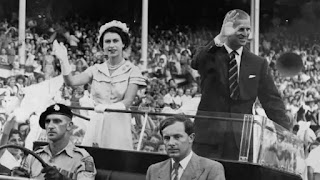 Aussies should be familiar with something called the ‘constitutional crisis’, that being in 1975 or more simply referred to as the ‘Dismissal’ with reference to Gough Whitlam.

A big deal was made about that, many an article was written and a fiercely debated topic from time to time, but there is another ‘problem’ we Australians have of greater magnitude and an older one at that.

In the 80’s the colony called Australia was considered a laughing stock, a legal ‘basket case’ by many great legal minds of it’s motherland with regards to the enactment of a certain Act.

Realistically Australia has been a legal ‘basket case’ even before 1778, around the time of 1770, but that’s another story.

Since the happenings of recent world events, where the focus of the actions of people in government fall on those in Victoria, the general population has been made aware of the deceitful, unlawful and shady actions of those in (the Andrews) government.

They require the serfs to call them ‘honourable’ yet their actions are everything but that.

Australia’s justice system or rather justice business falls under this banner too.

Under a label called the ‘Queen of Australia’.

While this information is not new, as many in the judicature are aware of this and they certainly will not inform Joe Average of this, and a fair few legal researchers have made headway on this topic, even achieving success in court in a particular matter, to such an extent that the matter was never documented to be in court, so that the serfs will not find out about it.

In 2015 an FOI (Freedom of Information) request went out to the Australian Government / Attorney-General's Department, where the response below was given and just recently has been made public. 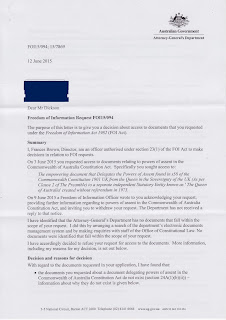 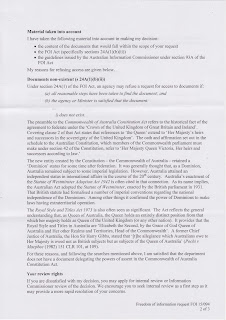 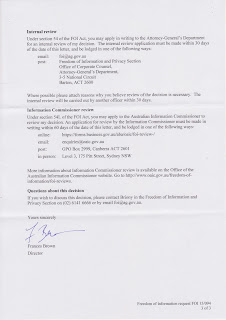 "The author attempted to establish if the powers of assent found in section 58 of the Commonwealth Constitution had been officially delegated from the Queen in the Sovereignty of the United Kingdom to an alternate non statutory corporation sole known as the Queen of Australia. The Attorney Generals Department failed to supply the transfer of power."

So next time you’re in court with your lawyer/barrister/QC where you’re paying through your nose for their existence in your matter, ask them about the ‘Queen of Australia’ where maybe they’ll give you a response that indicates that you should be paying them their weight in manure for their so called 'help'.

How can one be ‘just doing my job’ if one is not in office lawfully?