Influencers, what they want you to believe vs reality 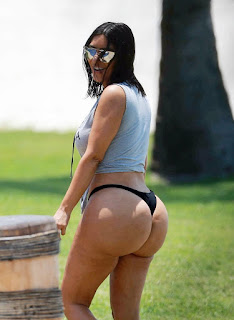 (Illustration: Kim Kardashian and arse (two different entities, where one is made up of silicone))

Today’s mainstream media’s so called journalists are far from that, but rather corporate whores subservient to a narrative passed on from their bosses.

The mainstream media gets you to focus on ‘influencers’, usually another corporate whore with a large arse crack barely hidden behind some thin material.

Sure this ‘influencer’ may have a bearing on the direction of the herd population in a retail or maybe even political sense, but the real influencers are hidden from public view.

The mainstream media, Google, Alphabet Inc., Jigsaw, Facebook, Cambridge Analytica, Palantir, Twitter  and more, unseen or unknown to many people are some of the major ‘influencers’ on the planet where they censor the information you obtain from the metadata you emit from your internet connected devices where the data comes back to you personally.

See more on this topic as explained by Rob Braxman,

in the video, Your Politics are Profiled - Intro to Palantir and Jigsaw!: