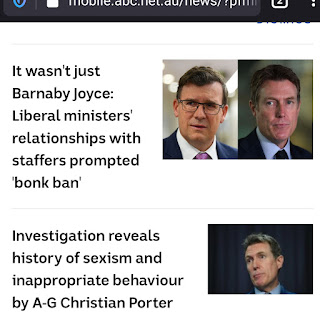 Something has come out of the woodwork that the authorities would have liked to have kept hidden from the general population.

The cesspool of Australian society lives in federal/state politics in the form of white collar criminals, working together with their ‘brethren’ within corporations set up for exclusive money for mates deals at the expense of  ‘mums and dads’ tax payers.

Many of these deals are to the detriment of the general population as a whole, as a result of falsified tenders or so called budget blow outs which in reality are ‘bonuses’ for the contractors that keep them in the job for longer unnecessarily.

One aspect of all this corruption and illegal activity is a well kept secret within the rich and powerful, and that is the sexual exploitation of women.

Paedophilia is also rife in certain arms of government as put into the public arena by Bill Heffernan, but this is not the main topic of this article.

While some women are opportunistic whores others are victims silenced through the fear of losing their job, career and as a result their livelihood.

How can you trust a politician of a colony to do right by you, an unknown entity, if this person of low moral/legal standards is a predator to someone he knows.

Realistically this is the tip of the iceberg, where no doubt the media will not expose nearly enough corrupt predatory politicians it should.