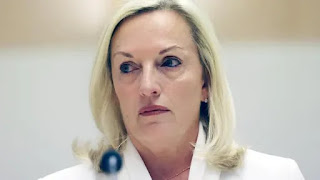 was publicly humiliated because of the luxury watches ‘scandal’.

BUT, you see the watches were approved as they were part of the deal.

The real reason is a bit more sinister, which involves the wrath of the ‘brotherhood’*.

The rest of Australia Post was to be sold off, where a key 100 post offices were on the chopping block in order to cripple the service, necessitating the sale, where a lot of money was to be made, something that Ms. Holgate was opposed to.

When these backroom deals make it into the public arena, it is done on purpose to show others that any actions of opposition will have consequences for the person or persons opposing the plan.

The brotherhood has usurped a nation where there is no longer a separation of powers meaning in reference to the three tiers of government that being the executive, parliament and judicature.

They are in control and literally above the law, as they make it for the benefit of their brethren.

* Brotherhood – irrespective of the ‘technicality' that being whether it’s the Freemasons, Fabians  the Hillsong cult or even the Cosa Nostra, it's the group of people that the law does not apply to, well not the public law.