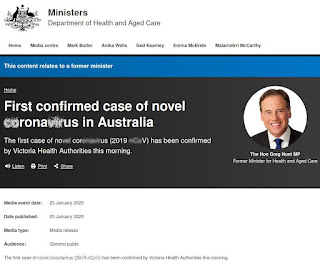 On this day three years ago, the 25th of January 2020, Australia recorded its alleged first case of the disease named after the preceding year.
How did the authorities factually establish that the man had the disease given the fact that no approved or certified testing method existed at the time?
The Australian population was then subjected to the biggest medical and legal farces in Australia’s history which included a censorship onslaught by the authorities and ‘social media’ (e.g Meta nee Facebook), I.T. corporations (Google), and mainstream media.
Part of that medical farce was the testing procedure and notification process to patients.
When a patient was coerced or forced to take a test for the alleged disease, patients did not receive a medical certificate or report, but rather a yes or no response via text message to their phone.
Is this the same method medical authorities employed when one had the ‘common’ flu or even cancer?
Why didn’t the authorities give their patients the medical report they deserved?
Remembering the age old saying “Nothing to hide, nothing to fear”, governments use on their subjects.
We obtained a report from such a test, which had the details of the patient’s details blanked out. 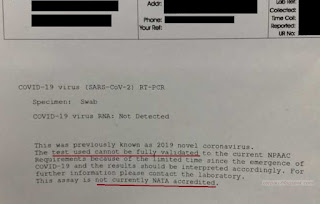 as posted within the link: https://corpau.blogspot.com/2020/07/covid-test-useless-faith-in-quick-test.html
The test clearly states that it “cannot be fully validated” and that it “is not currently NATA accredited.”
At the time of this post, 3 years later the same test is used on people and it’s still neither fully validated nor NATA accredited.
What followed in Australia was a legal and medical farce across this entire land.
Actions against people were implemented without any lawful framework in place, a fact deliberately hidden by the mainstream media’s ‘investigative’ journalists.
The state governments then damaged the Doctor-Patient relationship, but in the ‘motherland’ the story was different.
See: https://doctorsforpatientsuk.com/press-release
The medical profession also discriminated against persons, without any real (legal) consequences even to this day.
Australia’s courts are denying victims of medical practitioner’s neglect a remedy, where many cases  are stopped from being heard by not allowing them through, where even those that do get through, the judicature is instructed to rule in favour of the ‘accused’ or more specifically the medical practitioner.
With specific legal reference to Victoria there was no “state of emergency”.
No such lawfully enacted instrument existed to declare the said state.
See post: https://constitutionwatch.com.au/there-was-no-victorian-emergency/
With reference to the current medical procedure that people are being subjected to, currently that being maybe a 5th trial procedure, approximately one year after the alleged initial case, on the 21st Day of February 2021, in a lesser known interview Greg Hunt stated:
“The world is engaged in the largest clinical trial, the largest global v____nation trial ever, and we will have enormous amounts of data.”
See link: https://www.health.gov.au/ministers/the-hon-greg-hunt-mp/media/interview-with-david-speers-on-abc-insiders-on-the-covid-19-vaccine-rollout
The above mentioned article is an important official Australian Government document which the mainstream has deliberately not drawn attention to.
Who is part of that trial?
The general population, a fact that was confirmed later by a Pfizer representative in a EU inquisition, another fact that Australia’s mainstream media did not mention.
What’s worse is that the authorities did not implement lawfully enacted legislation in order to issue Infringement Notices to alleged perpetrators of alleged health order and the like.
The fact that there was no lawfully enacted legislation was proliferated within social media, and co-incidentally so called fines were withdrawn by authorities. 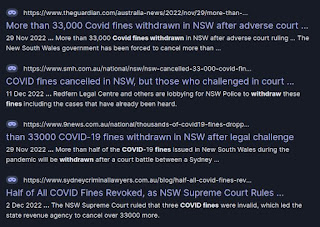 The government and medical authorities have been spruiking the injected liquid (from various manufacturers) as a substance that gives immunity, which was found to be a false claim within a US Supreme Court case on the 4th Day of November 2021, a fact that was conveniently omitted by Australia’s mainstream media.
See reference: https://constitutionwatch.com.au/the-covid-19-injections-do-not-confer-immunity-and-therefore-do-not-meet-the-definition-of-a-vaccine/ 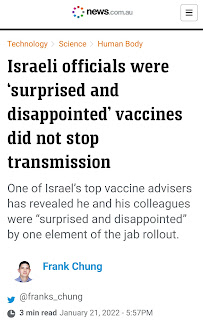 As a result of an inaccurate testing procedure, as shown from the test result, the so called daily statistics that have been so heavily promoted by the mainstream media are factually false. 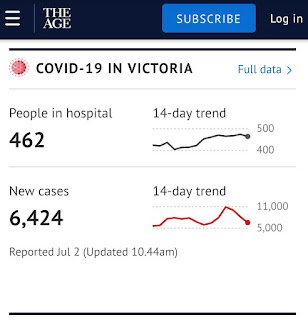 The government of Victoria under the dictation of Andrews, also falsely imprisoned people in their domestic dwellings.
See: https://freedomviatruth.org/report-into-covid-19-response-asserts-mistakes-were-made/
Therefore Victorian Premier Mr. Daniel Michael Andrews, is a human rights abuser and should face the domestic Human Rights Commission at the least. 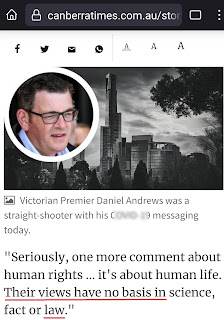 His claims were that people's views about human rights had no basis in science, fact or law, but in reality they do.
Your 'remedy' should you choose to pursue it, is in 'human rights'.
ALL (new) law MUST be compatible with Human Rights, as specified by SARC (Scrutiny of Acts and Regulation Committee).
See: https://new.parliament.vic.gov.au/get-involved/committees/scrutiny-of-acts-and-regulations-committee/
The mask fiasco was a farce, even with documentation allegedly co-authored by Victoria’s Chief Health Officer ‘Dr.’ Brett Sutton in a report from September 2001 of the title:
Do anaesthetists need to wear surgical masks in the operating theatre? A literature review with evidence-based recommendations
See reference: https://www.researchgate.net/publication/11832106_Do_Anaesthetists_Need_to_Wear_Surgical_Masks_in_the_Operating_Theatre_A_Literature_Review_with_Evidence-Based_Recommendations
Please note that this post is deliberately a very brief account of what has happened over the past few years, where the inclusion of many hundreds of pages of official medical and government and media information is not included.
Some more information can be obtained from the sites within the above links.
You can post a comment if you feel your information needs to be added.
Australia's mainstream media also hid from people Pfizer's document dump, relegating it to a 'conspiracy theory'?
Australia got its instructions from the WHO and American health authorities.
Do not forget that this is not the first time authorities have enacted a global health farce:
See the 16 minute video of the title: The Swine Flu Fraud of 1976
In the early days the mainstream media touted this as an 'unprecedented' event, but lest we forget the Spanish Flu that made its way to the colony in 1918, hardly 'unprecedented'.
Apart from fiat currency, this is one of the world’s largest scams in living history.
See also: https://howbadismybatch.com/international.html
See Pfizer document dump: https://phmpt.org/pfizers-documents/
Posted by AuCorp at 7:40 AM
Labels: ABC - Australia Backwards Country, AMI - Anglo Masonic Influence, CF - Corporate Fraud, GE - Government Exposé, Health, Media Misinformation, Nanny State, PCP - Penal Colony Policies