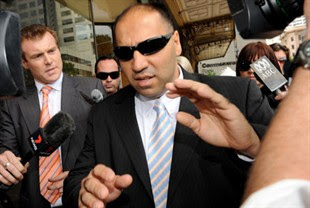 A Sydney taxi driver who pleaded guilty to raping three women between 2003 and 2007 was HIV-positive at the time, a court has heard.

Hassan Nagi, 38, battled for 15 months to keep his infected status a secret after he pleaded guilty to six counts of sexual assault in February 2009, the Sydney Morning Herald reports.

It is believed Nagi did not know he was HIV-positive when he committed the three rapes and there is no reported evidence he infected his victims.

Nagi's family believed he contracted the virus from a dentist but he had earlier admitted to having sex with prostitutes since he was 20 years old.

He pleaded guilty to raping three women who hailed his taxi, two of whom were heavily intoxicated at the time.

During the trial last year Nagi's lawyer argued the taxi driver had the "man's equivalent of nymphomania" and should not receive a harsh sentence because he did not bash the women during the rapes.

Nagi argued he should receive a lesser sentence because he would have trouble getting treatment for his HIV-positive status in prison and he could be subjected to prison brutality.

After a 15 month-fight to keep his infection a secret, Nagi will be sentenced for his crimes today.

What about the brutality HE subjected to the women by RAPING them ???

The law needs to lock this Trailer Park Trash away.