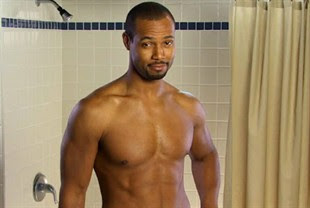 One of the internet's most recent viral sensations has used his new-found fame to propose to a woman on behalf of a man who tweeted him.

Isaiah Mustafa, who found internet stardom as the star of the popular Old Spice body wash and after-shave commercials has spent the last two days replying to Twitter questions from fans.

"Angela A Hutt-Chamberlin It seems like yesterday that you met JS Beals but your love has blossomed from a seed into a fully grown love plant," he said.

"Will you make JS Beals the happiest man in the world and marry him in real life?"

Less than four hours after the initial tweet, Mr Beals announced via Twitter that his girlfriend had accepted his proposal.

Posting a message on the YouTube page where the video ran, Ms Hutt-Chamberlain also declared she had said yes.

"This is the best proposal that I could have imagined."

Mustafa became a viral video star after a bold and surreal commercial for Old Spice body wash debuted on US television during the Superbowl.

Entitled The Man Your Man Could Smell Like, the advertisement was given the Grand Prix at the Cannes Lions International Advertising Festival last month, the highest award for television commercials.

Mustafa, 36, became an actor at the end of his professional American football career in the late '90s.

The mass media idolising sport and truly shuning education which is left to the ruling elite.
Posted by AuCorp at 10:31 PM