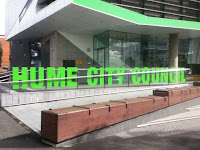 If official government statistics are to be believed (which are falsified), then speed (high velocity) and DUI (Driving Under the Influence – an American term, or better known in Australia as DD – Drink Driving) are great killers on the Australian roads.

This is so true that current government advertisements show how travelling at 5km/h less will save a life of a person that has jay walked (committed a road offence), yet there are no credible accident figures to support these claims, even if they were they would be falsified, to promote a current agenda.

It is programmed into the masses minds that “If you drink, drive you’re a bloody idiot”, or if you’re on drugs “you’re out of you mind” (quoted advertising slogans), but do these laws apply to people of governance?

The role of the police is to keep the masses in line and not to punish the lawmakers and their brethren.

A member of a Melbourne City Council has been caught (not the first time, but rather the third) for drink driving offences.

The offender’s reading was much more than the Victoria’s legal limit of 0.05%, but was noted down by corrupt police as 0.058% BAC (Blood Alcohol Content). The identity of the source of the information, together with the offender and corrupt police is kept in confidence by corpau, as the naming of the individuals concerned will not nett any results.

This offender is not only (still!) a member of the City Council of Hume, but also poses a risk to the community at large.

Another example, of the law protecting its own to the detriment of society.
Posted by AuCorp at 7:17 PM

Public officials are abuse of their position of DUI. They can't escape from punishment of their wrong doings. They should be a role model not a public offender. DUI lawyers are willing to help for cases regarding car accidents related to intoxication.