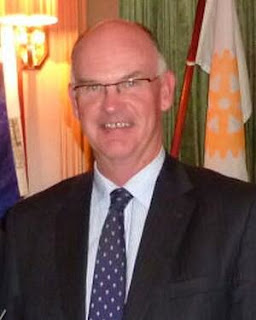 VICTORIAN magistrate and former Crown prosecutor Simon Cooper has been charged with sexual assault offences including attempted rape, after a four-month police investigation.

The alleged assaults are said to date back almost 30 years and are believed to have involved at least two men who were in their teens at the time.

Acting Sergeant Jessica Rosewarne confirmed that a 55-year-old man from Brighton was charged on Wednesday with sex assault offences relating to a ''historical sexual assault investigation''. Cooper was bailed to appear in Melbourne Magistrates Court on Friday, after police executed a search warrant at his luxury home on Monday.

Sergeant Rosewarne would not release details of the case, but Fairfax Media understands Cooper could face up to 12 charges. She said the investigation was continuing.

Cooper sought a Supreme Court injunction on Thursday night against publication of his name, which was refused by Justice Anne Ferguson.

In a statement on Thursday afternoon, Victoria's Chief Magistrate, Peter Lauritsen, said Cooper would be stood down immediately.

"All judicial and administrative duties that were previously assigned to the magistrate have been withdrawn and the magistrate will not be assigned any such duties until the charges are resolved," Mr Lauritsen said.

The federal government appointed him as Crown prosecutor in the Solomon Islands in 2003 as part of the Regional Assistance Mission.

A mayor of Brighton in the 1980s, he has been a member of some of Melbourne's most exclusive clubs, including the Australian Club, Kingston Heath Golf Club and Royal Melbourne Golf Club.

The married father of several children is also believed to have coached the junior football team of an exclusive Melbourne school.

Simon Cooper (pictured) is just one of many in the legal profession that commit crimes, sexual in nature.

The judicial system has a very lax policy when it comes to sexual crimes, especially when committed by their own.

The legal system's  Masonic brotherhood, which is sworn to secrecy, has already decided on the faith of the individual concerned. What follows is a public farce, that he legal system will vindicate the victims.

One method employed by the powers that be, is that a legal 'bungle' occurs, and the matter is either dismissed or evidence is inadmissible.

Corrupt police together with their legal counterparts with the support of the Masonic brotherhood, enure there is no jail time for their brethren.

This information has been provided from a source within, in confidence.