UNDERWORLD hitman Faruk Orman has had a murder charge against him dropped on the eve of his trial for the gangland killing of Paul Kallipolitis. 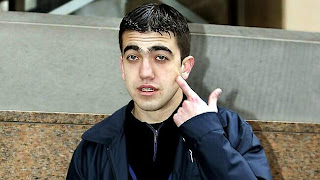 
Kallipolitis, known as PK, was a convicted killer and drug dealer.

He was shot dead in his Sunshine house as he was sitting on his bed.

It was alleged Andrew “Benji” Veniamin executed him with five bullets and Faruk Orman was the getaway driver. 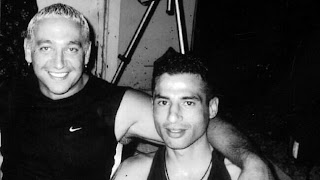 Until today, Orman could not be named as a result of a court suppression order, which was lifted this afternoon.

(Mick Gatto was set to be called to give evidence at the trial. Picture: HWT library) 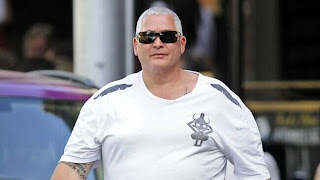 Orman was just 20 when he was involved in the murder of Victor Peirce in Bay St, Port Melbourne, in 2002.

He was also said to have been the getaway driver for Veniamin.

A Supreme Court jury convicted him in 2009 of that murder and he remains in prison where he is serving a 14 year minimum sentence.

Orman is a close associate of Mick Gatto, who has held charity events to raise money for the man’s legal fees.

The dropping of his murder charge today means Gatto has avoided being called as a witness in the trial.

It was due to start last Monday but was delayed by ongoing legal arguments, some of which centred on Gatto's evidence. 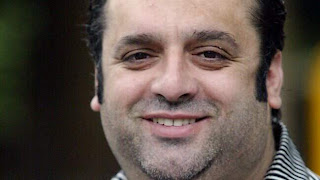 (Angelo Mario Venditti was also charged with the murder before the charges were dropped. Picture: Alex Coppel)

Another man who was charged over Kallipolitis murder was Angelo “Fat Ange” Venditti – whose charges were also dropped before going to trial.

Venditti is a friend of former AFL footballer Ben Cousins, who struggled with drug addiction during his career.

Orman failed in a High Court bid to overturn his conviction for the Peirce murder.

He was also at La Porcella restaurant in 2004 when Veniamin was shot dead himself, by Gatto.

Orman gave evidence at Gatto’s murder trial and a jury acquitted him, finding he acted in self-defence when he shot Veniamin.

The corrupt legal system has no boundaries, even when it comes to killing people.

Government policy is for the criminal drug lords to be left alone and exercise their own brand of justice, i.e. killing, provided it does not spill out into the public arena.

'Telfon Mick (Gatto)' is a criminal drug lord who also controls the Melbourne wharfs. His businesses are drug money laundering fronts, which the authorities are fully aware of, but still let operate.

Gatto has killed, and literally gotten away with it.

A corrupt government working together with the drug syndicates.