THE number of NSW councils should be reduced to fewer than 100 to restore the fortunes of the ailing local government sector, a report proposes. 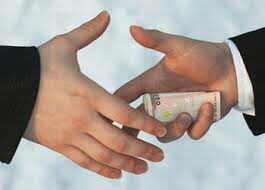 The Independent Local Government Review Panel released its third and final discussion paper on Wednesday with 20 proposals to improve the sector, which employs 50,000 people.

The panel's chair Graham Sansom said some of the state's 152 councils should be given "financial and governance" incentives to amalgamate voluntarily.

The panel proposes expanding the City of Sydney council so it encompasses the area from the CBD to the coast and down to Botany Bay.

"We see it as a new dimension to become a global capital city in a similar way to Brisbane and more recently Auckland," Professor Sansom said.

"If Parramatta is going to become a genuine second CBD, then Parramatta needs a local council with wider boundaries and more resources," the report said.

"Also there's also a proposal for a third major metropolitan city in Liverpool and so we're going to be recommending consolidation of council boundaries around there."

The paper proposes a combined Newcastle and Lake Macquarie council to improve the Lower Hunter and a merger of Gosford and Wyong on the central coast.

The panel said there was no evidence that amalgamations would lead to losses of jobs or local identity.
A financial assessment of the state's councils last week found that almost half were on track to hit rock bottom within three years.

Local Government Minister Don Page encouraged comment on the panel's latest report.
The panel is now travelling to 37 destinations in NSW for consultations.

The local government sector controls $160 billion worth of assets and $10 billion in revenue.

City councils are not part of government, but rather function as corporations, i.e independent businesses.

The general populous are misled that city councils are part of government, and therefore rates have been obtained fraudulently.

This fraud has been going on right under the noses of the uneducated masses.

Since this fraud is a multi billion dollar industry, there is an urgency to keep the matter quite.

See you video regarding this topic: