Nowhere to hide if you're not at school

TRUANTS could be tracked using space-based technology as part of a controversial new approach to managing student attendance. 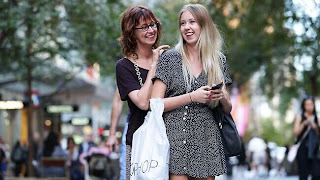 A new smartphone app which enables parents and schools to locate missing students with GPS technology will be available in schools from June 3.

The software mines daily attendance data for students listed as missing without an explanation and links their parents' mobile phone to the app called MGM PinPoint, pre-installed on the student's phone.

Parents receive an SMS alert about the absence and a link to a Google map showing the location of the student at that time, but only during school hours and only if the student's phone is switched on.

Improving attendance rates - which are as low as 70 per cent in some areas - has become a critical factor in lifting the academic performance across the state, particularly in disadvantaged areas.

MGM Wireless - which developed the technology - said the app would be free to the 1000 Australian schools already paying for its SMS service, which sends an automated message to parents about absences.
This includes 180 NSW schools but principals will have the choice to opt out of the GPS technology feature.
For an extra cost principals can receive a map showing the location of every student with an unexplained absence that day.

Federation of Parents and Citizens of NSW spokeswoman Rachael Sowden said parents wanted to know the whereabouts of their children but tracking them using GPS technology raised privacy issues.

Newcastle mother Judy Morgan said her daughter Sasha's school dealt with absences by sending a letter to the parents: "I guess (the usefulness of the app) would probably depend on the child, if there were issues and you needed to do that for their safety then it could be OK, but generally with my girls I wouldn't want to do that."

The (global) agenda is to track everyone, at any point in time, in 'real-time'.

This is currently available to governments, authorities and telecommunications bodies, via the user's mobile (GSM) phone.
Under whatever pretexts fit deemed by authorities new methods are used to monitor and control the movements of the masses.
This is just another one of the ways.
The sleepy herd population still does nothing about it.
Posted by AuCorp at 10:43 AM