TROUBLED Wangaratta Council has been sacked and administrators appointed after an investigation found the council was plagued by bullying. 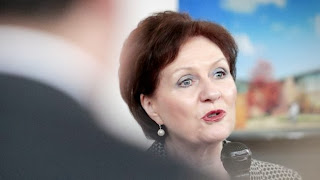 Local Government minister Jeanette Powell will today introduce a Bill to Parliament to dismiss the Rural City of Wangaratta Council and appoint administrators until the next council elections in October 2016.

Ms Powell said dismissing an elected council was a last resort but the councillors had failed to address rampant bullying and intimidating behaviour towards staff and fellow councillors.

"The Rural City of Wangaratta Council has failed to meet its legal obligations to provide a safe workplace by allowing a culture of bullying and intimidating behaviour among some councillors towards staff to grow, impacting on staff well-being and leading to a large number of staff resignations," Ms Powell said.

She said the council was also found to have wasted funds, taking the Council from a budget surplus to deficit position for the current financial year.

"This waste of funds has taken the Council from a budget surplus to deficit position for the current financial year and there is no end in sight to the drain on resources under this Council."

The rural council has been plagued by problems since it was elected late last year.

In May, Ms Powell appointed Inspector of Municipal Administration, Peter Stephenson to monitor the council and oversee its activities and performance.

The Wangaratta council is in the federal seat of Indi where incumbent Liberal MP Sophie Mirabella conceded the seat to independent Cathy McGowan this morning.

"She has sat on this independent report on the Wangaratta Council for weeks and she has waited until after the federal election and the Indi result to act of this council.

"If the evidence of this independent report was so overwhelming that it led to this decision to sack council, why has she waited?"

Mr Wynne said it was important that Ms Powell release the report.

The last Victorian council to be sacked was Brimbank City Council in 2009 after it failed to address misconduct issues.

1.  'City Councils ' are NOT lawful government entities, but rather corporate businesses.

2.  'Rates Payers' do no have ANY lawful binding contracts with the corporations known as 'city councils', and as such do not need to pay rates.

Could the corporate media be ever accused of covering up such information, especially if it has been brought to the attention of the major news netoworks


The authorities (government and police) are fully aware of this, as there was a protest in the small satellite town north of Melbourne called Melton in December 2012, where the expose of matter how councils are NOT government was staged.

The 'city council' fraud is an industry worth billions in revenue every year, and everything possible is done to protect this, even maybe including the incarceration of people who expose this, with the help of corrupt police.

The second part - Pirates of the Suburbs 2 (Part 2 of 2) (1hr 33m 5s) was uploaded on the 21 July 2013 with 1,709 views is available for download at:
http://www.youtube.com/watch?v=ZB6lxE386SY
This information has been passed on to the original poster of the article at news.com.au

Watch this space for any response.