There is NO doubt that one of the more corrupt corporations in Australia is the Australian Police.

The in joke is who is more corrupt ... the NSW police or the Victorian police.

The police 'force' in Australia are registered corporations in the various states, for the purpose of debt collecting for the Australian government.

These facts are NOT in the mainstream media in order not to educated the masses, that when they talk to police,  they are INVOLUNTARILY entering a 'contract'.

The corporate media has reported that the catholic church 'attempted to conceal crimes' in New South Wales.

The article goes on further to mention that the Church 'believed it has an understanding with the NSW police in 2003 that allowed them to conceal evidence against pedophile priests'.

HE Catholic Church believed it had an understanding with the NSW police in 2003 that allowed them to conceal evidence against pedophile priests. 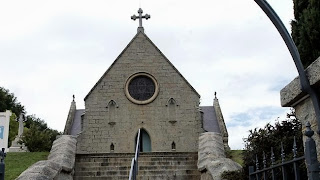 A file, accessed through Freedom of Information laws by NSW Greens MP David Shoebridge and obtained by ABC's Lateline, documents the Catholic Church's attempt to co-opt NSW police to strike into the illegal agreement.

"Church authorities shall make available the report of an assessment and any other matter relevant to the accused's account of events only if required to do so by court order," the unsigned draft memorandum read.

In response, Kim McKay from the child protection squad advised no agreement ever existed.
"The arrangements proposed by the draft MOU appear to be in direct conflict with the explicit legislative requirement of section 316 of the Crime Act," he wrote in August 20, 2003.

It's unclear how long the church had been acting according the draft MOU.

Michael Salmon, who was the Catholic Church's point of contact for police at the time, provided a statement to Lateline confirming the church had operated under the unsigned agreement.

"The church assumed it was operational, we were practicing the provisions of the MOU and dealing with the police under those provisions," he said.

"We had an understanding from police it was approved."

Mr Shoebridge says it's unclear how many cases were dealt with by the church under this assumption.
"It's likely that hundreds, if not more than that, cases were processed through this MOU," he told ABC.

"Processed in a way that didn't protect victims, didn't assist the police in prosecuting for crimes, but protected the good name of the church."