THE independence of Victoria's new integrity watchdog has been called into question by its need to use an outsider to review the Simon Overland affair, state Labor says. 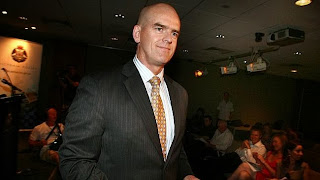 But the decision made by the Independent Broad-based Anti-Corruption Commission was understandable given the number of former Office of Police Integrity staff working at the new body, Opposition Anti-corruption spokeswoman Jill Hennessy said.

The Sunday Herald Sun revealed that IBAC has appointed an independent figure, believed to be an ex-judge, to finalise the probe into the stoush between former Victoria Police Chief Commissioner Simon Overland and his deputy, Sir Ken Jones.

The decision was made because the IBAC employs staff from the agency it replaced, the OPI.

A range of concerns are expected to be canvassed during the independent review, including any doubts about the OPI handling of its inquiries into Sir Ken.

The OPI had used phone taps and surveillance to investigate claims stemming from the fight between Mr Overland and Sir Ken.

Ms Hennessy said the ­"sorry saga" had gone on for a long time and involved multiple agencies, so an impartial investigator was needed.

"The outsider is required, given this matter has involved not just the OPI, but it has links to the highest levels of government," she said.

"The inherent conflicts of interest were always there and I suspect they would be there in the future."
She said the ­results of any final probe into the 'Overland affair' must be made public.

Premier Denis Napthine said because the IBAC was independent, the government would follow its advice on ­releasing any reports.

He defended the integrity of the IBAC, set up by the Coalition after it was elected in 2010.

The so-called 'Overland affair' sent shock waves through the police force and the State Government.

Mr Overland had complained to the OPI that he believed Sir Ken had been trying to undermine him.

The affair and its fallout sparked multiple resignations, including that of then premier Ted Baillieu.


More corruption from the heads of police and state.

If the government is truly elected and 'subservient' to the people, then transparency is the key.

The Australian government IS a corporation and functions as such, a fact the general populous are NOT aware of.

The police are Corporate Thugs with a purpose of Debt Collecting for the corporations, and NOT to come in peace as per oath.

The Independent Board-based Anti-Corruption Commission is NOT independent but rather biased towards police corruption.