The Legal Oath - Is it really for the benefit to the client?

Many Australians feel hard done by the so called 'justice system', when it comes to anything from a simple parking fine to the judges freeing hardened criminals, rapists and killers. 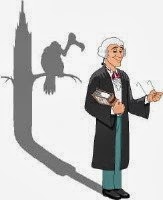 There is no doubt that the United States of America is the most litigious nation on the planet, and per capita Australia is at a second place.

The Joe / Jane Average may believe that the courts are government institutions, and this is where the fundamental misconception lies.

The Family Law Court or Fedeal Circuit Court is a corporation with an
ABN (Australian Business Number) of: 60 265 617 271

The people who work for the system, e.g. barristers, Q.C's (Queens Counsels) etc have to swear an oath.

What is this oath and what does it mean?

The oath within the industry is known as the 3 C's.

The oath is to the:

Anyone working for the 'system' swears their allegiance firstly to (the benefit of) the court, secondly to their colleagues, and then lastly to the client.

Any so called judge or magistrate makes their decision, firstly to the (financial) benefit of the court taking into consideration their colleagues (barristers, lawyers) secondly, and then the client last.

Another unwritten rule is that judgments are made also firstly to the benefit of 'brethren' vs non-brethren, irrespective of any evidence or who is right.