How the judges buy your court matter

One of Australia’s most corrupt institutions is the current judicial (federal, state and local) system that is extensively supported by an army of personnel in the ‘legal system’ to perpetuate the fraud with the enforcers being Australia’s (corrupt) sheriff’s office and the police force, which are all corporations and not part of any legitimate government of Australia subservient to the Australian people.

The key objective by authorities is to keep knowledge and information away from the hands of the general populous, and oppress those who possess it.

In order to keep the (fraudulent) system intact, individuals are initially discouraged from speaking out or documenting the level of fraud committed.

When those tactics fail the next level is stepped up to inform the persons involved of ‘career suicide’ or threats of never being able to obtain another job anywhere, which naturally may lead to financial difficulty and the breakup of the family unit, where the ‘system’ will be in control of the personal affairs of the individuals. 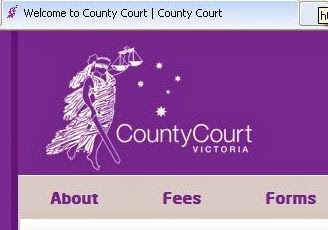 What the majority of Australians are unaware of, is that the so called (current) government of Australia is a ‘corporation’ with corporate agreements that the general populous (unknowingly / unwittingly) are bound to and thus penalised for, which incidentally are unlawful.

The (so called) Australian courts, which all have an ABN (Australian Business Number) are factually places of trading, commerce and business. 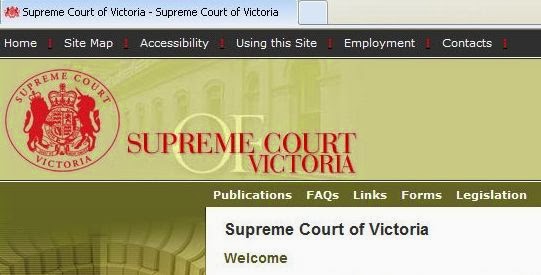 As a note, The SUPREME COURT OF VICTORIA (BUSINESS UNIT 19) with the ABN 32 790 228 959 bears the lion and unicorn seal being the legitimate seal of the ‘Commonwealth of Australia’, not to be confused with the 'COMMONWEALTH OF AUSTRALIA'.

What the lawyers are NOT telling you.

Judges MUST be under oath (this can be asked of ANY judge), have a Writ of Commission or produce a ‘binding contract’ with you in order to proceed, otherwise they MUST stand down. This has to be asked of a judge when one does NOT step away from the boundary of the land, i.e. from the public gallery.

ALL Victorian courts are owned by foreign companies, and NOT part of any legitimate government structure.

How to dismiss any court case without a lawyer
http://corpau.blogspot.com.au/2013/12/how-to-dismiss-any-court-case-without.html
Posted by AuCorp at 12:12 PM