History of the Victorian Police Force 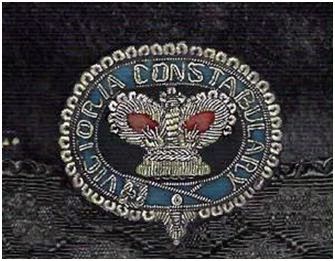 HISTORY OF THE VICTORIAN POLICE FORCE!!! - please take the time to read this as it is very interesting and includes the establishment, Eureka stockade, the Kelly gang through to task force Purana and the occupy protests and much more.

Victoria Police is the primary law enforcement agency of Victoria, Australia. It was formed in 1853.

As of 2011, Victoria Police has over 12,190 sworn members, along with over 400 recruits, reservists and Protective Services Officers, and over 2,900 civilian staff across 393 police stations.

Mounted officers of the Victoria Police

The Victoria Police was formally established on 8 January 1853 (first badge worn pictured below. only one left in existence) from an existing colonial police force of 875 men. The first appointment as Chief Commissioner was William Henry Fancourt Mitchell.

Their first major engagement was the following year, 1854, in support of British soldiers during the events leading up to, and confrontation at, the Eureka Stockade where some miners (mostly Irish), police and soldiers were killed. Following the brutality of the police after the stockade, public opinion turned against them, the 13 miners charged with treason were all acquitted and police numbers were dramatically cut.

A new Chief Commissioner, Charles MacMahon, was appointed that same year. The first death in the line of duty, that of Constable William Hogan, also occurred in 1854.

The following couple of decades saw the growth of the police force, including the beginning of construction of the Russell Street police station in 1859 and the establishment of a special station in William Street to protect the Royal Mint in 1872.

1880 also saw the formation of the Aboriginal Tracker Corps. The corps was disbanded in 1968.

In 1888 Senior Constable John Barry produced the first Victoria Police Guide, a manual for officers. (The Victoria Police Manual, as it is now known, remains the comprehensive guide to procedure in the Victoria Police). Police officers were granted the right to vote in parliamentary elections the same year.

In 1899 the force introduced the Victoria Police Valour Award to recognise the bravery of members. Three years later, in 1902, the right to a police pension was revoked.

On 31 October 1923 members of the Victoria Police Force refused duty and went on strike over the introduction of a new supervisory system. The police strike led to riots and looting in Melbourne's central business district. The Victorian government enlisted Special Constables, and the Commonwealth of Australia called out the Australian military. Victoria Police are the only Australian police department to ever go on strike.

Only a few of the strikers were ever employed as policemen again, but the government increased pay and conditions for police as a result. Members of the Victoria Police (as its officers are generally known) now have among the highest union membership rates of any occupation, at well over 90%. The Victorian police union, the Police Association, remains a very powerful industrial and political force in Victoria.

In the 1980s and 1990s allegations were made against most Australian police forces of corruption and graft, culminating in the establishment of several Royal Commissions and anti-corruption watchdogs. Inquiries have also been held into Victoria Police (Beach et al.). The force was criticised because members of the public (both innocent and guilty) were being fatally shot at a rate exceeding that of all other Australian police forces combined.

In 2001, Christine Nixon was appointed Chief Commissioner, becoming the first woman to head a police force in Australia.

In June 2003, Taskforce Purana was set up under the command of (then) Assistant Commissioner Simon Overland to investigate Melbourne's "gangland killings".

In May 2004 former police officer Simon Illingworth appeared on Australian Story to tell his disturbing story of entrenched police corruption in Victoria Police. He has also written a book about his experiences entitled Filthy Rat.

In early 2007, Don Stewart, a retired Supreme Court judge, called for a Royal Commission into Victorian police corruption. Stewart alleged that the force was riddled with corruption that the Office of Police Integrity was unable to deal with.

In early February 2009, in response to evidence that many of the 2009 Victorian bushfires were deliberately lit, Chief Commissioner Christine Nixon announced the creation of Taskforce Phoenix to investigate all related deaths during the fires, to be led by Assistant Commissioner Dannye Moloney of the crime department and was composed of around 100 police officers.

On 2 March 2009, Simon Overland was named as the new Chief Commissioner, replacing Christine Nixon, who was retiring. Simon Overland prematurely resigned on 16 June 2011.

On 21 October 2011 the Police Force evicted Occupy Melbourne protesters from Melbourne City Square. Despite 173 arrests being made, no charges have been laid against any protesters. As the protest continued at other locations through November and December 2011, several police officers allegedly were involved in an incident where a knife was used to forcibly remove a tent worn as a dress by a female protester.