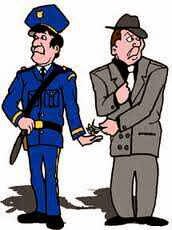 Victorian police officers have been charged more than 600 times with criminal offences including drug trafficking, rape and possession and production of child pornography since 2006.

Figures obtained under freedom of information show that internal police investigators charged a total of 177 officers with 661 offences from July 2006 to June 2012.

Police Association secretary Greg Davies, when asked about criminality in the police force, suggested there might have been a failure to spot the ''bad eggs'' at the recruiting stage but said more than 99 per cent of officers were hard-working and honest. ''The data shows that [criminality] is at a constant rate. You'd prefer it was zero but at least it's not increasing,'' he said.

Victoria Police Assistant Commissioner Professional Standards Command Emmett Dunne said: ''Victoria Police has an uncompromising stance against officers who break the law. Any officer found guilty of a criminal offence is subject not only to the punishment of the courts, but also thorough internal investigation and a range of sanctions including dismissal.

''Victoria Police has around 13,000 operational police members and each year has more than 750,000 … interactions with the community. While the number of complaints arising from those interactions is a low percentage, we take all complaints very seriously.''

Criminologist Ian Warren said that, historically, criminal charges against corrupt police were rare, so greater oversight by Professional Standards Command could be seen as having a preventative effect.

''The real problem arises when the corruption is widespread and there are no formal measures to keep it in check. These figures suggest the ethical standards department is taking corruption seriously,'' said Dr Warren, senior lecturer in criminology at Deakin University.

The amount of corrupt criminal cops in Victoria is astounding.

The whole slate should be wiped clean and new police personnel put in place, BUT is it very doubtful that this will occur, given the fact that the CEO (head of police) Ken Lay is part of the corruption
As long as the police reign in 'speeding' criminals, (people who travel 1km/h or 0.62mph over the speed limit in their automobile), then all is well.

Victoria Police is a (criminal organisation) company that operates for profit, which has nothing to do with serving or protecting the public, as thought by many, NOR being subservient to the reigning monarch Queen Elizabeth II.
Posted by AuCorp at 10:53 AM