Please note that for the purpose of this article, the validity of law is put aside.

Despite what all interested parties in your matter would say, there are no courts in Australia of competent jurisdiction, but rather are places of business, trading and commerce relying on one fundamental point of contractual law, that being your consent.

The place of business, trading and commerce commonly known as a ‘court’ is also a place of public record and as a result your name (meaning your ‘person’) is displayed publicly together with any other party with an interest to gain entry to your ‘estate name’.

If you decide to hire a lawyer, barrister or solicitor, to ‘re-present’ you are then automatically seen by the system as a mute / dunce, incompetent and as a result unable to speak at the bar table.

Should you consent to attend a court matter, your first question to the person presiding over the matter who may call themselves a judge, magistrate or judicial clerk could be that is this a court of ‘public record’? They have little choice with their answer.

The problem with any matter to proceed, one must be given something called ‘full disclosure’, which includes, the interested parties in your claim (bonds, surities), the details of the insurance company of the premises (in case of injury),  OH&S officer’s name, just to name a few examples.

One is also reminded that there is something called ‘due process of law’ that must be adhered to, by  all including the judicature, police and the client (you), but in many instances this does not occur in Australia’s corrupt judicial system.

With your consent, for the matter to proceed all evidence in relation to this matter must be submitted to the prosecutor. 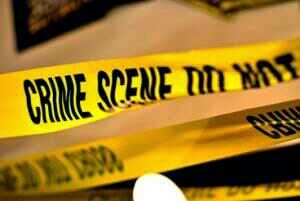 CorpAu has obtained information anonymously regarding the criminal activity of a police prosecutor who works from Melbourne’s western district in relation to a matter before the courts.

It has been noted that the police prosecutor, let’s call him ‘Eugene Slapsfews’ stated that he shredded documents he obtained from the defendant that were to be presented before a person calling themselves a judge or magistrate or judicial clerk, in a court in Melbourne’s west.

Perverting or attempting to pervert the course of justice is a serious criminal offence, and as a result has been reported to police, yet to the knowledge of the anonymous source the person stating that they have shredded the evidence is still employed and active in their duties.

It is appalling that the corruption of the Victorian police and the judicature is to such an extent that the criminal is not removed from duties, where he can put ‘clients’ further  at risk.

Would you want 'Eugene' to be the prosecutor in your matter?

Would you trust this cop on the beat?
Posted by AuCorp at 10:06 AM