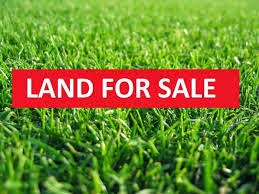 The Desire:
A ‘city council’ from the western grasslands area of Melbourne’s outer western suburbs decided to acquire land that was in the possession by the residents of the Truganina area.
The Method:
In order to enact the desire to confiscate that land, in 2011, a Victorian minister (Minister for Planning) unlawfully / illegally served a notice for residents to evacuate their properties.
This was carried out by invoking the emergency act, noting that the act itself is only applicable when a country is at war.
The Repercussions:
As a result of the land being taken right from under the nose of the residents, where one 52 year old father took the matter to the Victorian Supreme Court, on advice given to him by legal representatives claiming that he has a right to ‘apply for compensation’ on ‘just terms’.
Out of respect for the grieving family, the name of the deceased was given but will not be mentioned in this article.
The matter made it to the Supreme Court of Victoria in 2012, and two days after the judgement, the father committed suicide using a firearm.
The Illegalities:
·         The emergency act can only be issued at a commonwealth and not state level,
·         Abuse of process – the correct lawful procedure was not followed,
·         The entire action is ultra vires, when not done with accordance with the law
·         The state is responsible for manslaughter, from the suicide of the father, and an accessory before, during and after the fact, therefore criminally negligent.
The cover up
The residents and their family’s welfare were threatened, also with the added threat of the criminal conviction of treason if the matter was spoken about, noting again that treason does not apply in this case.
The Victorian coroner has still not made a report on the body of the deceased up to this day.
This criminal activity has been carried out by people in 'power' and as a result is being covered up by the use of threats and intimidation.
This information has been provided to CorpAu anonymously prior to May 2014.

NOTE: The validity of law aside, no land is actually ever owned by anyone (sovereign nor invader) on this continent.
Posted by AuCorp at 10:07 AM

Thank you for contacting CorpAu.