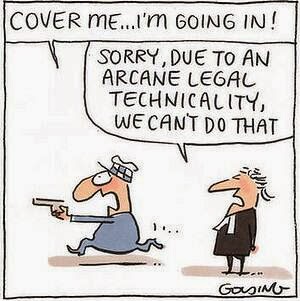 Please note: Victoria Police are NOT 'public servants' as claimed.

They are employees of a corporation each liable in full commercial liability via their registered number.
Posted by AuCorp at 5:24 PM