VICTORIA's top watchdog has expressed concern about the existence of a secret group called The Brotherhood in Melbourne. 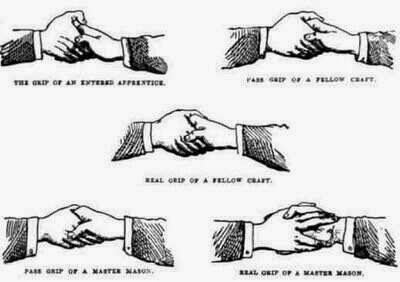 Members of The Brotherhood include senior police, politicians, public servants and former police.

In a report tabled to parliament this morning, ombudsman George Brouwer says there are up to 350 men on the circulation list for The Brotherhood and they meet every four to six weeks at inner-city restaurants.

Men on the circulation list have been the subject of criminal and corruption investigations, including a former Victoria Police officer with alleged links to an organised crime figure, a former Australian Wheat Board executive accused of involvement in the Iraq kickbacks scandal, and the manager of a table-top dancing club regulated by the police.

Mr Brouwer says The Brotherhood, which was formed in 2003 by a former police inspector whose service record including assaulting a member of the public, was established to serve the interests of the founder, who controls membership of the group.

"The culture of the organisation ... encourages exclusivity and secrecy, with the potential for illegal and improper exchanges of information or favours," Mr Brouwer says in his report.

The Victorian Ombudsman also found that at The Brotherhood lunches, there was an "unauthorised disclosure by a senior Victoria Police officer of the identity of a prosecution witness in a high-profile murder case".

Mr Brouwer concluded "such a release probably occurred at a Brotherhood lunch, but it was not possible to determine who made that disclosure".

"My investigation points to the significant dangers of police officers and public servants being involved, wittingly or unwittingly, in an organisation such as The Brotherhood where there is a culture which allows for inappropriate networking and improper exchange of favours and information," he wrote. "Membership of such organisations undermines the effectiveness of those officials and the organisations in which they serve and potentially places their reputations at risk."

Police Commissioner Simon Overland told the Ombudsman that he shared Mr Brouwer's "deep concerns over the activities of The Brotherhood and the direct involvement of both serving and retired members of Victoria Police".

"Such gatherings, even when totally benign, have the potential to undermine confidence in public institutions especially policing," he said.

The founder of the group denied it was secretive, instead saying they were like Apex and Rotary and Brotherhood were "men of good ilk".

Corruption in Australia's key positions for the benefit of the members of the 'brotherhood'.