The terror leader with links to Paris extremists we can't kick out: Illegal immigrant from Algeria jailed in Britain is still here because he 'has right to family life' 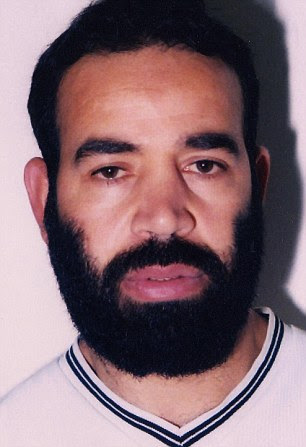 A convicted Al-Qaeda terrorist with close links to the Paris massacre cannot be deported from Britain because it would breach his right to a family life, it emerged yesterday.

Baghdad Meziane was jailed for 11 years in 2003 for running a terror network recruiting jihadists and fund-raising for Al-Qaeda.

But despite a judge saying he was a dangerous man and should serve his full sentence then be deported, he was released from prison five years early and allowed to return to his family home in Leicester.

The 50-year-old is an associate of Djamel Beghal, a convicted terrorist whose wife and family live in Leicester and who is said to have mentored two of the Paris attackers while they were in jail together in France.

Britain is believed to have spent the past six years trying to deport Meziane, a father of two. The Home Office has repeatedly described him as a ‘danger to the community of the United Kingdom’.

The British-Algerian, who was born in the Midlands, successfully claimed that his deportation would breach his human right to a family life and that he might face torture if sent home.

He had close links to Beghal, who converted Amedy Coulibaly – the killer of four hostages in a kosher supermarket as well as a police woman in Paris – to radical Islamism while in jail in France.


Beghal – known as one of Al-Qaeda’s top recruiters in Europe – also heavily influenced Cherif Kouachi, one of the two brothers who committed the Charlie Hebdo attack on January 7 in which 11 people died.

He was initially imprisoned in France over a plot to blow up the US embassy in Paris. Under questioning – he claims he was tortured – he confessed to the plot, leading to the arrest of Meziane and other Algerians living in Leicester – Brahim Benmerzouga and Kamel Daoudi. 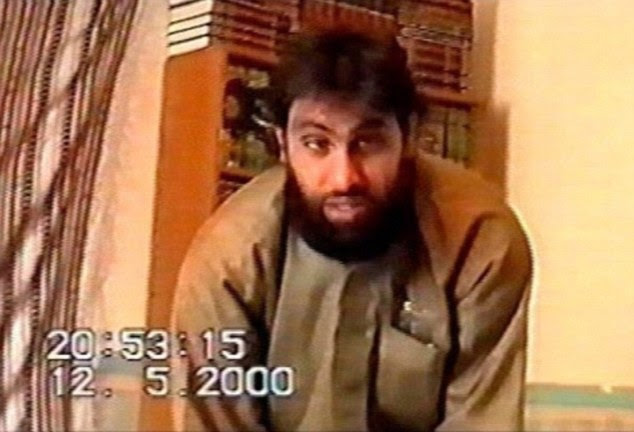 Daoudi was extradited to Paris and jailed. He was released in 2008 but France was unable to deport him, due again to the Human Rights Act, and he is under house arrest.

Meziane and Benmerzouga were jailed in the UK and are believed to have been released into probation hostels in 2009.

Benmerzouga was subsequently deported to Algeria but Meziane is so far believed to have fought off attempts to remove him and is understood to be living in the Midlands with his family.

There is a growing row over whether the UK’s security agencies have adequate powers to tackle the terrorist threat. Chris Grayling, the Justice Secretary, told The Sunday Telegraph that the Meziane case highlighted the need to scrap the Human Rights Act.

‘It’s a nonsense that people who are a threat to our society are able to use their human rights to avoid being sent back to their home country when it is clear they have no regard for the human rights of our citizens,’ he said.

A Home Office spokesman said it would continue to press for the deportation of terror suspects.
Abu Rahin Aziz, 32, a father of two from Luton, fled in March last year after he was charged with affray following an attack in London. 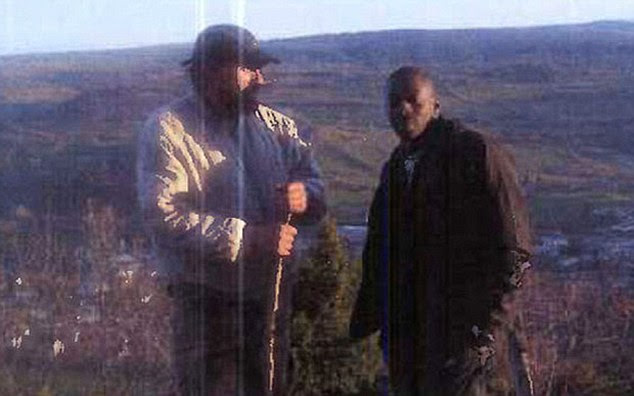 He boasted online about skipping bail and joining Islamic State, and has urged other Muslims in the West to ‘attack or emigrate’.

Migrants will also be stopped from avoiding removal on the grounds they have fathered children in Britain, if they play no role in their upbringing.

Meziane and Benmerzouga were found guilty of 'entering into a funding arrangement for the purposes of terrorism' in April 2003 at Leicester Crown Court.

They had raised thousands of pounds through a credit card fraud for an international network of terrorists planning a Jihad, or holy war, against the West, and worked together to make military equipment, false travel documents and recruitment material available to the terrorist organisation.

Benmerzouga also admitted one charge of conspiracy to defraud by manufacturing and/or using false bank cards and card details, as well as three charges of possessing false passports.

Meziane had denied conspiracy to defraud but was also found guilty by the jury. He earlier pleaded guilty to possessing a false passport.

Mr Justice Curtis, sentencing the two men, said: 'You have not directly taken life or seriously injured anyone but the terrorists, in order to carry out their terrible killings and maimings, need money, false papers and military-style materials. 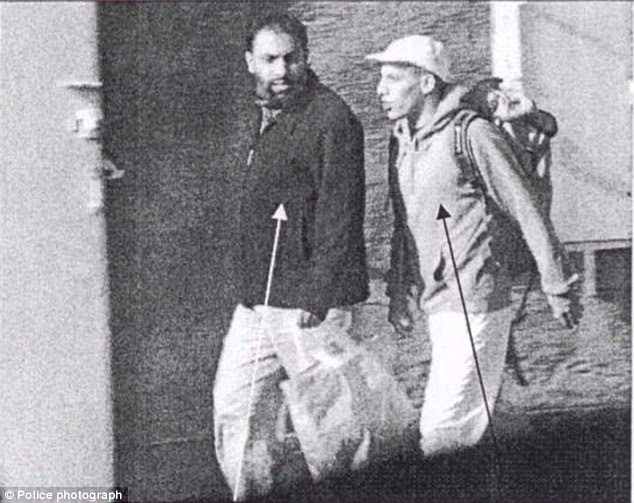 Beghal with Charlie Hebdo killer Chérif Kouachi in 2010. Beghal and Meziane lived near to one another in Leicester, and Meziane is said to have given Beghal the false passport which enabled him to visit a terrorist training camp in Afghanistan

'You both provided terrorists with the vital support and ran a well-organised and secretive cell.'

After the pair's release, Benmerzouga was deported, but Meziane is still in the UK. It is not known if he has ever received legal aid to support his battle to remain in Britain.

A Home Office spokesman has confirmed that Meziane is still in Britain, but would not comment on an individual case. A source told The Telegraph: 'We are in the process of removing Meziane.'

The spokesman told MailOnline: 'Deportation with assurances enables us to remove people from the UK, in line with our existing international obligations, even when there are substantial grounds to believe they face a real risk of treatment contravening their human rights in their home country.

'We have already removed nine individuals under our Deportation With Assurances agreement with Algeria. However, we do not routinely comment on individual cases.'

The laws of 'Mother England' for the benefit of the general populous?
Let's use the Human Right's Act in Australia for fighting unlawful 'fines', and see how far that will get you.
Posted by AuCorp at 10:21 AM