So would it suffice to say that most Australians know when the American's celebrate Independence Day?

Hint: It's a Public Holiday there.

So, when do Australians celebrate the Independence Day of Australia?

Looking though the Public Holidays calendar, there is no holiday pertaining to Australia's independence from the United Kingdom.

Because Australia is NOT independent from the U.K. or more specifically the 'Crown'. 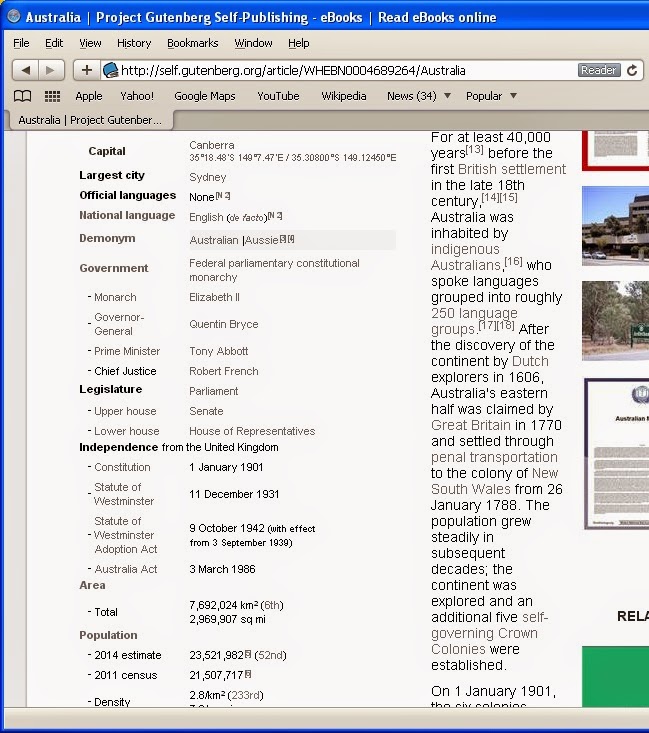 In the illustration above it is claimed by the Project Gutenberg Self - Publishing Press, that Australia has Independence from the United Kingdom.


Another quick search in a quite popular search engine may reveal some results that show Australia Day which is the 26th of January, marking the anniversary of the arrival of the "First Fleet" in 1788. 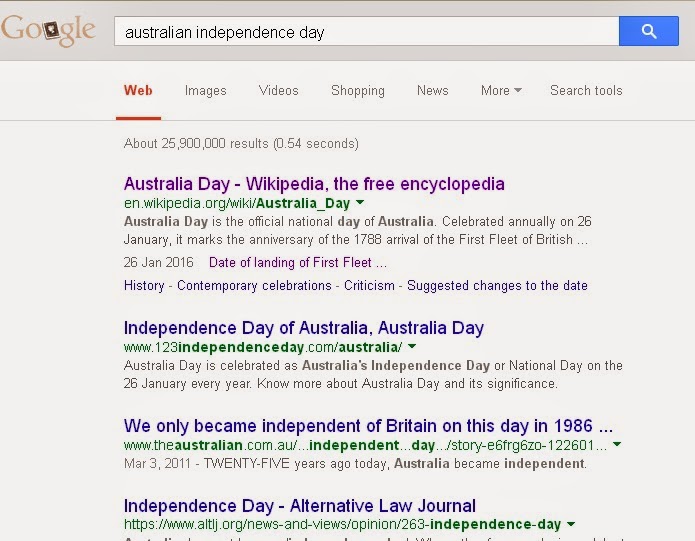 Some law educational institutions may tell their future lawyers, solicitors or barristers that on that day (26th of January) with the arrival of the First Fleet, the laws of England came to the land as well.

This is plain and simply a lie, or [deliberate?] false information.

With the arrival of the First Fleet, came convicts, some civilians, the Royal Navy, Royal Marines, and a (naval) Governor, where MARTIAL LAW was put in place upon every man, woman and child on the land, including the Indigenous population of the continent.

Make NO mistake about it, the legal (as opposed to political) reality, Australia is still a colony of the United Kingdom, and the general populous of this land are NOT 'free' men or women.

In legal reality, the 26th of January marks the last day of freedom people had on this land.

It has been twisted by the 'authorities' as a day of celebration (for the people?).... well maybe for them.

Ask ANY Indigenous Australian what the 26th Day of January means, and the words of slavery, murder or genocide may be uttered.